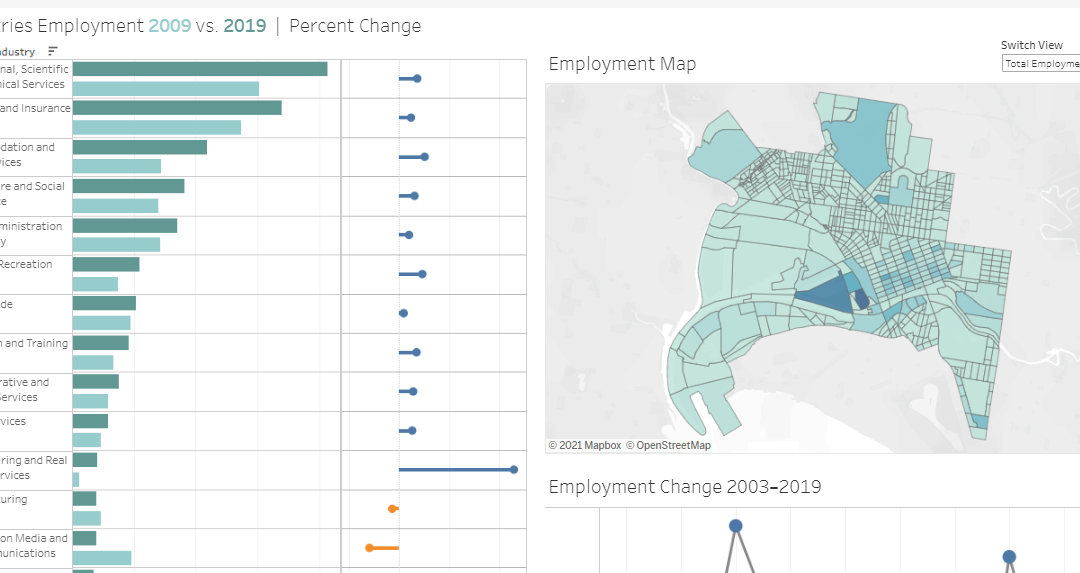 In the closing day of Dashboard Week, we had not until the end of the day, but until 3pm presentation, to complete our visualizations. Thankfully, the data this time around was quite good, allowing me to spend almost all of the time working in Tableau. As a result, I’d say I produced a visualization as good as the ones from the previous days. 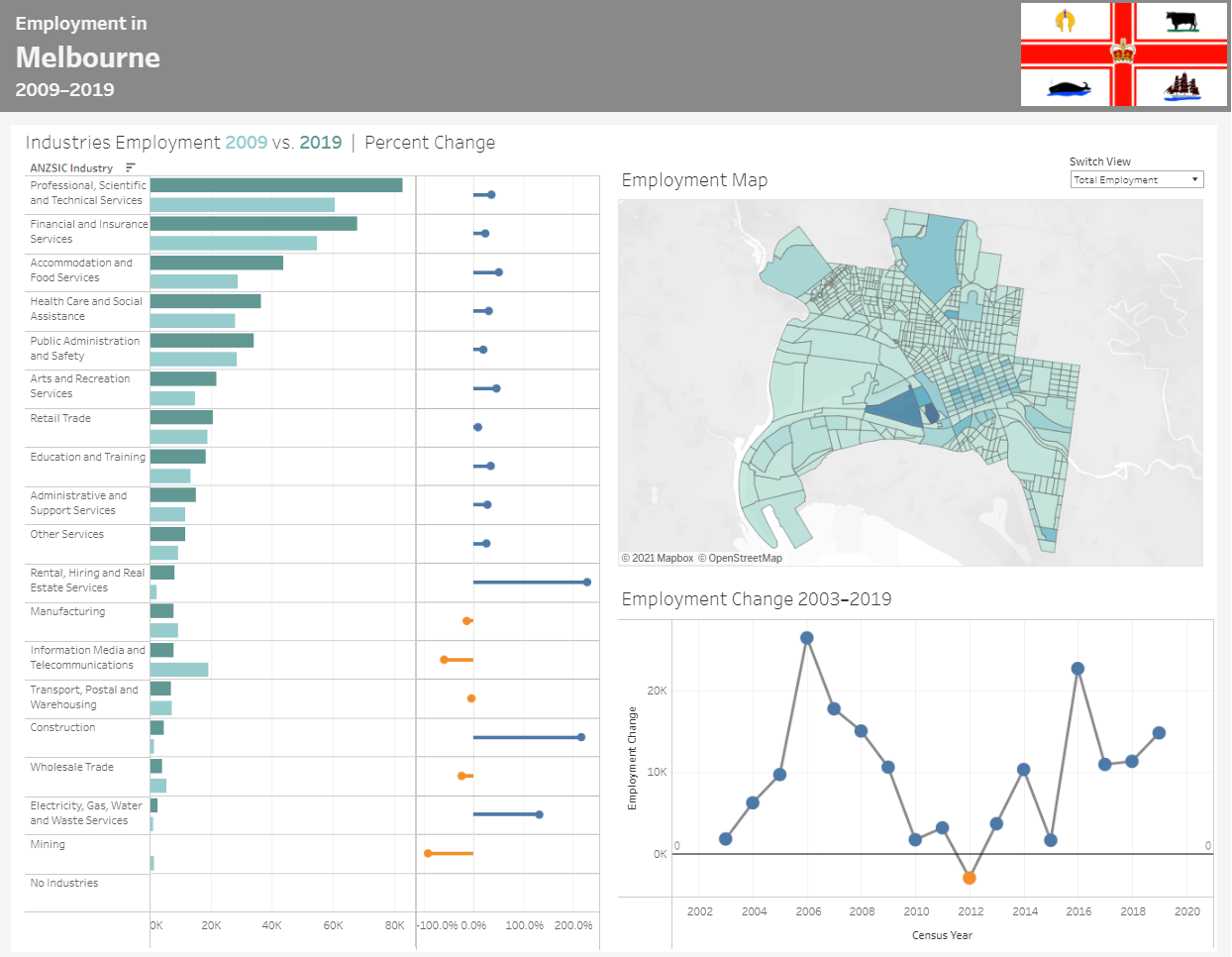 The dataset, and this dashboard, breaks down employment in Melbourne going back about two decades. I decided to take a subset of that time data, namely 2009 onwards, and create a visualization of the changes in employment by industry and overall employment rate. You can check it out here.

My Friday presentation focused walking through the effect of the Great Recession on Melbourne. Australia is often described as having made it through the Recession without taking any serious hits — in fact, it never technically entered a recession — and this is reflected in the employment data for Melbourne. With the exception of one year, 2012, the city never lost net workers.

Also unlike the United States, the Australian financial sector wasn’t really slowed down by the ripple effects of the GR. (You can filter the employment rate graph by industry.) The main industries that took a hit were manufacturing and retail, which jives with the traditional interpretation that Australia saw a decline to its international trade and consumption numbers but otherwise escaped unscathed.

Overall, a pretty good day, though I’m told that my presentation ran over time by about 20 minutes. Oops. I guess I got really into explaining the story.