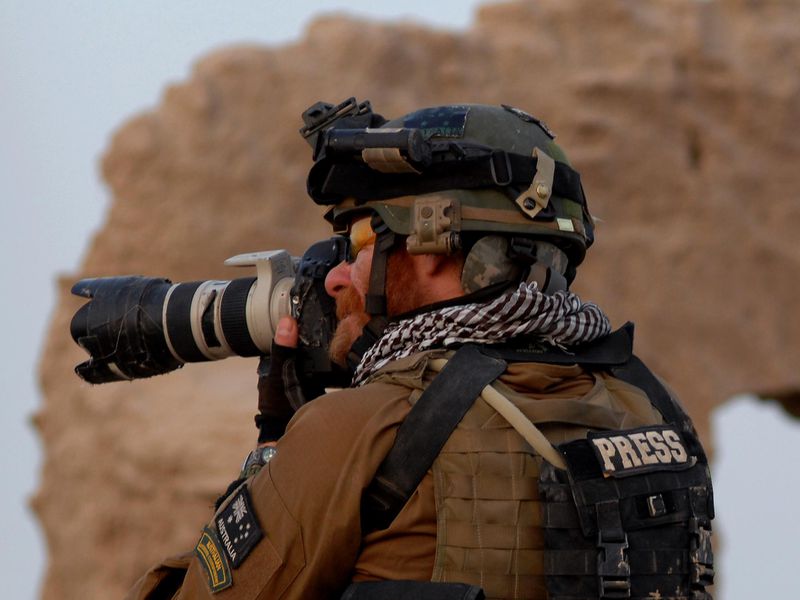 On the final day of dashboard week, we were tasked with using Tableau version 8.2 to visualise data relating to global journalist deaths, provided by the Committee to Protect Journalists. Tableau 8.2 was originally released in June 2014 but feels more like it belongs to the Windows ‘98 era! Gone were the now-standard features such as the ability to compute level-of-detail calculations, set or parameter actions, and viz-in-tooltip. Initially, I felt like I was learning to use a completely new product before becoming accustomed to the older user interface and features.

I chose to visualise journalist deaths using a circle timeline chart. This allowed for the number of deaths in each region for each year to be shown utilising both circle size and colour.  I highlighted periods of conflict in the different regions using reference bands to show periods of conflict. Finally, I added a reference line highlighting the occurrence of 9/11, which coincided with the resulting increase in deaths in the Middle Eastern region. 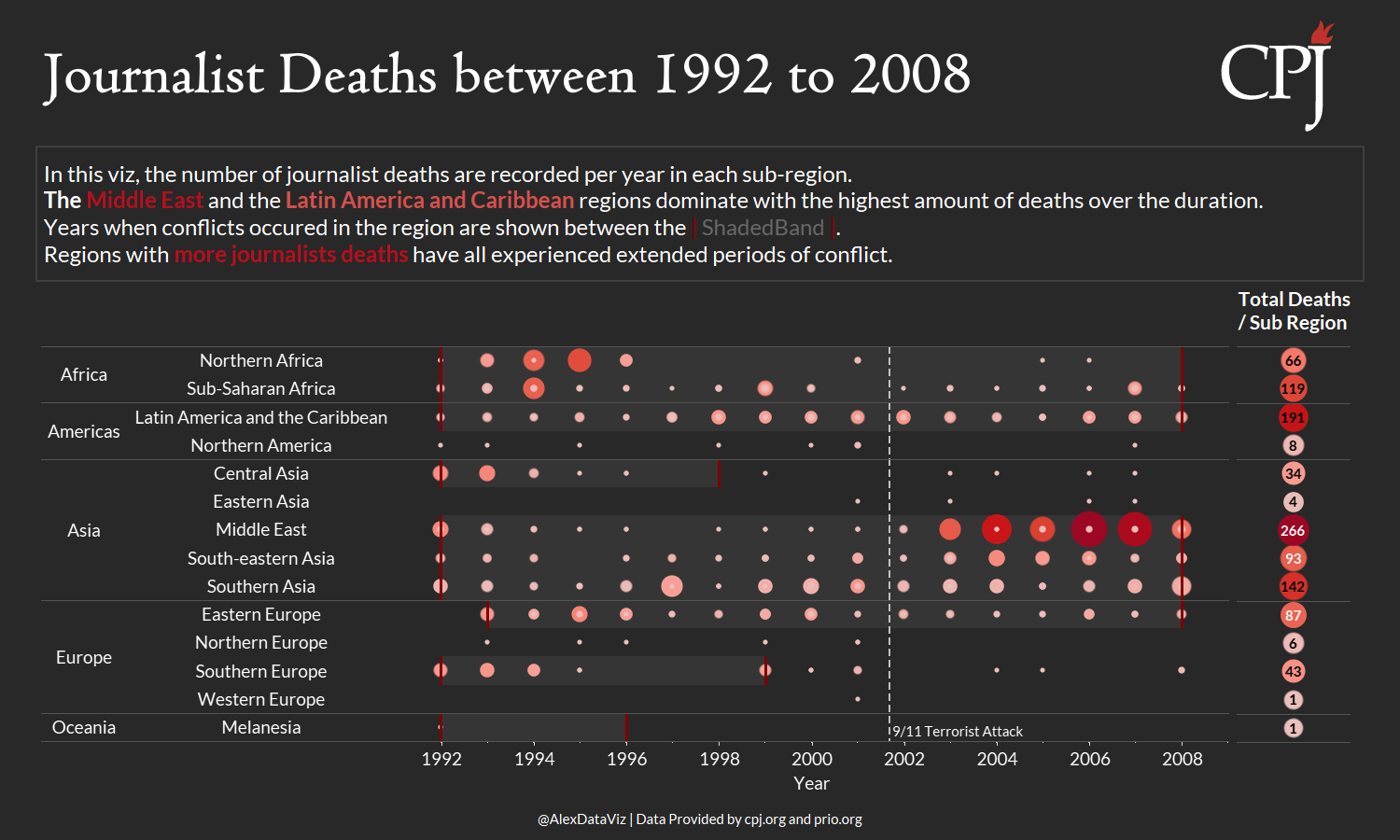