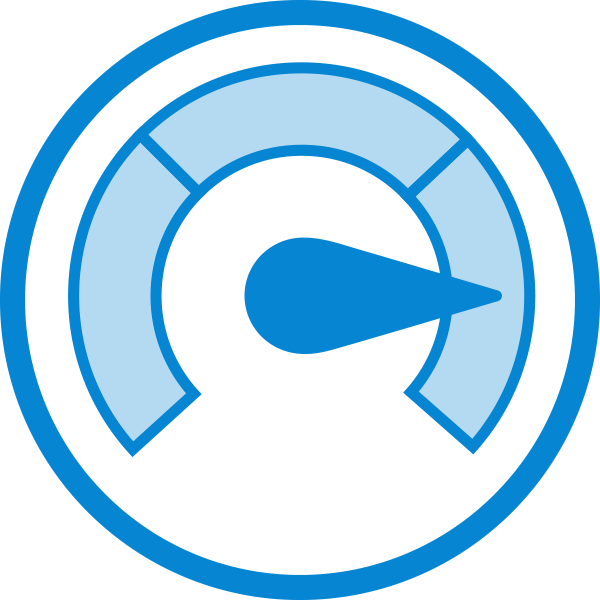 In this blog, I explain how to use Alteryx to solve a simple Mixed Integer Programming problem.

What is Mixed Integer Programming?

A mixed-integer programming (MIP) problem is one where some of the decision variables are constrained to be integer values (i.e. whole numbers such as -1, 0, 1, 2, etc.) at the optimal solution.

I want to pick the starting 5 that would maximize my PRA ( Points + Rebounds + Assists ) per game.

I must respect my $200 M budget, and I must have exactly one player for every position picked. 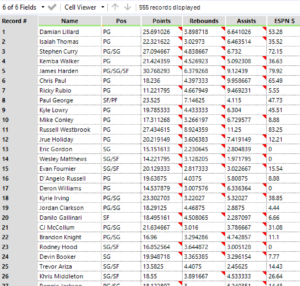 B- Create a column for every position, and create a formula that sets the field to 1 if the player plays that position and to 0 if not. 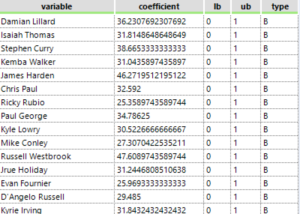 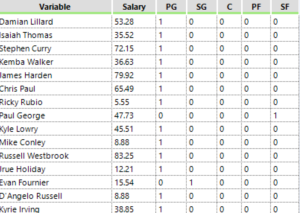 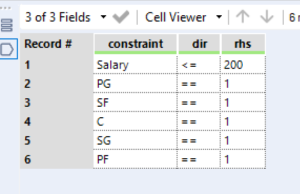 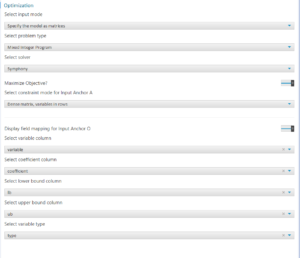 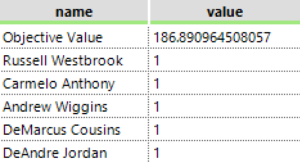 The team the model has chosen within a budget of $200 M averages 186 PRA per game with the players chosen being Russel Westbrook (PG), Andrew Wiggins (SG), Carmelo Anthony (SF), DeMarcus Cousins (PF),

This model only considers Points, Rebounds, and Assists as optimizers of player outcome. Other features like Field Goal %, 3 PT shooting %, etc.. can improve the model if included in the profit function.