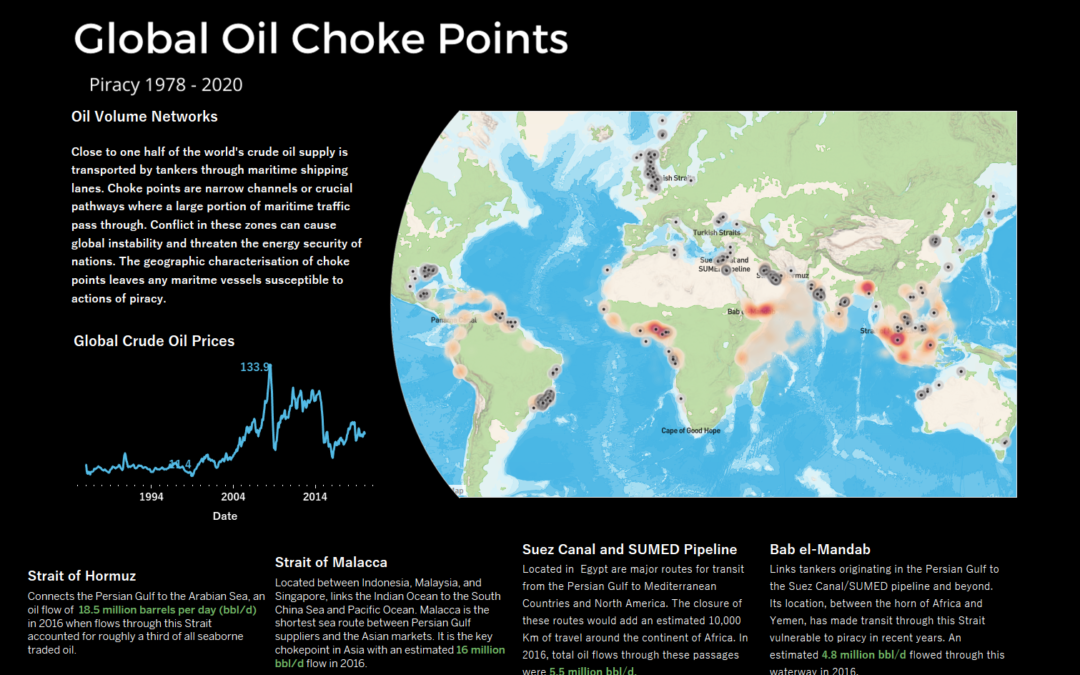 Today’s challenge was a spatial analysis task. Tableau is a great tool to let you start dragging and dropping measures and dimensions to get to know your data on the fly! Visually, we can start to rapidly interrogate our data and derive insights.

The Brief: Use Piracy data from Maritime Safety Information and blend it with external data.

This data contains records since 1978 for all worldwide threats to maritime vessels. The file had latitude and longitude fields, time of occurrence, type of vessel and a rich description field of what took place during the event.

For example, “3 armed males boarded and held the crew members hostage with knives“.

Most of the data was well-formatted, although a lot of the data recorded regarding ship type was not uniform throughout. The description field full of information, but it needed to be cleaned and parsed out in order to use it to use as a dimension in our analysis.

Alteryx was not used very much in this challenge. It was only used to bring in some external data, a bit of cleaning and joining. Tableau instead was able to do a lot of the work which is detailed below.

Early on, I knew I wanted to analyse if there was any correlation between the frequency and specificity of piracy events around the world and global oil prices. Through some research, I was able to determine that there are ‘Global Oil Choke points’ where there is a high concentration of vessels transporting oil through a specific geographic region. I was able to source data related to the Choke points from the EIA.

I found and imported the following data into Alteryx:

I also wanted to overlay major shipping route paths but was not able to locate any useable data. I only found a WMTS that I could load in QGIS, but I could not figure out how to export it as a layer. 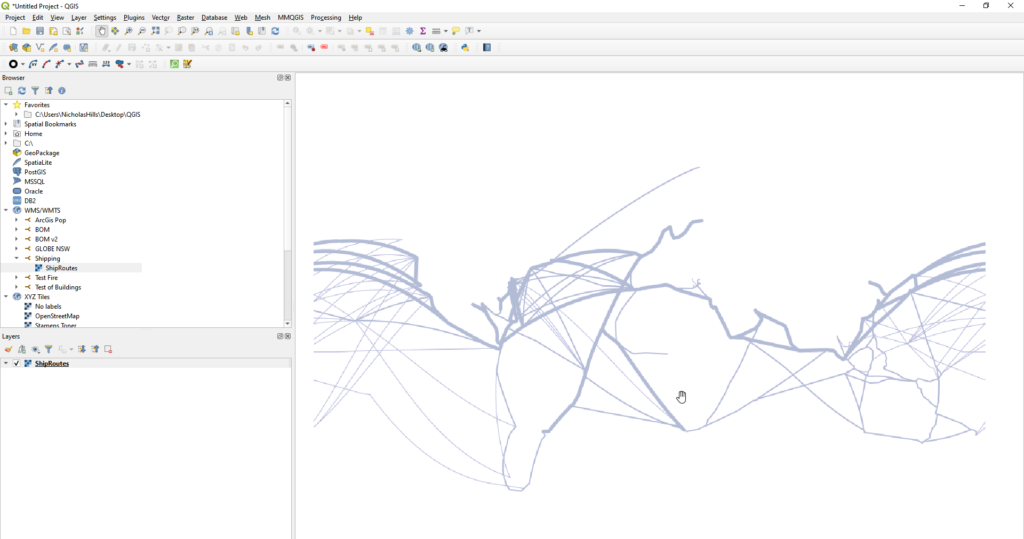 I was able to blend most of my external data in Tableau as separate hyper files. I took advantage of the Spatial join functionality in Tableau for the Oil rig locations and the piracy events.

Visualisation and ‘Mapboxing’ my data!

The first thing I did for my analysis was change was to use a dual-axis map to plot the oil rig locations and piracy events. I used the density plot to identify any clustering around oil rigs or near the global oil chokepoints. 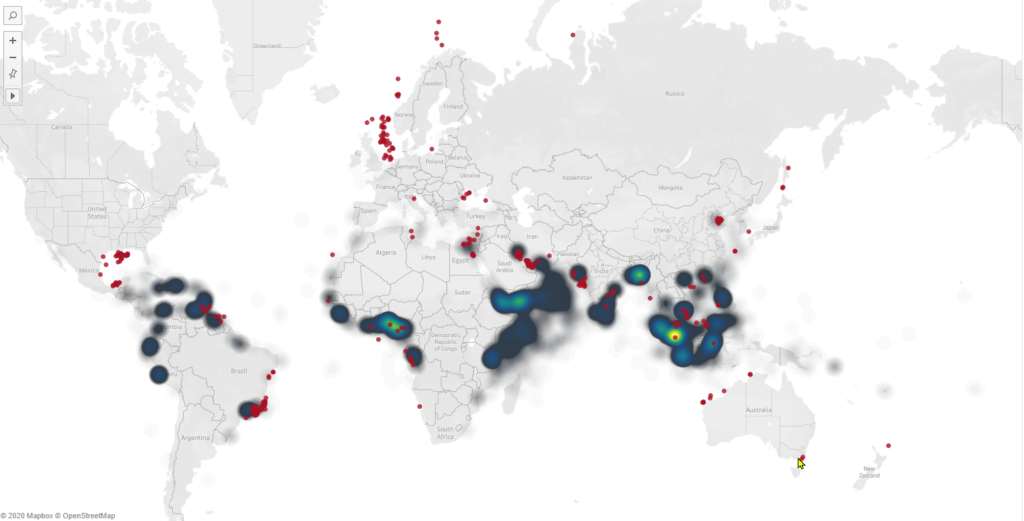 The high-density clustering can be seen very clearly in this simple chart map. The red dots represent the oil rig locations.

The next part of my analytics was to use Mapbox Styling to add more context to my chart and make it pop! I used an example Mapbox style – “Bubble” and altered parts of the colouring and overlayed the global chokepoint location with labels.

My final design leverages the style editor with Mapbox and the charting abilities of Tableau to create a well-polished design.
The oil rig locations have been swapped out for a black mark, and I changed the colouring of the density mark.

To design my dashboard I took inspiration from Jonni Walker from the Mapbox and Tableau Team. He constructs well-designed and professional products. A lot of the extra formatting in my visualisation was a combination of Mapbox, PowerPoint and Canva. The latter two I used to overlay shapes and use custom fonts as images.

My final dashboard is now on my Tableau Public Gallery