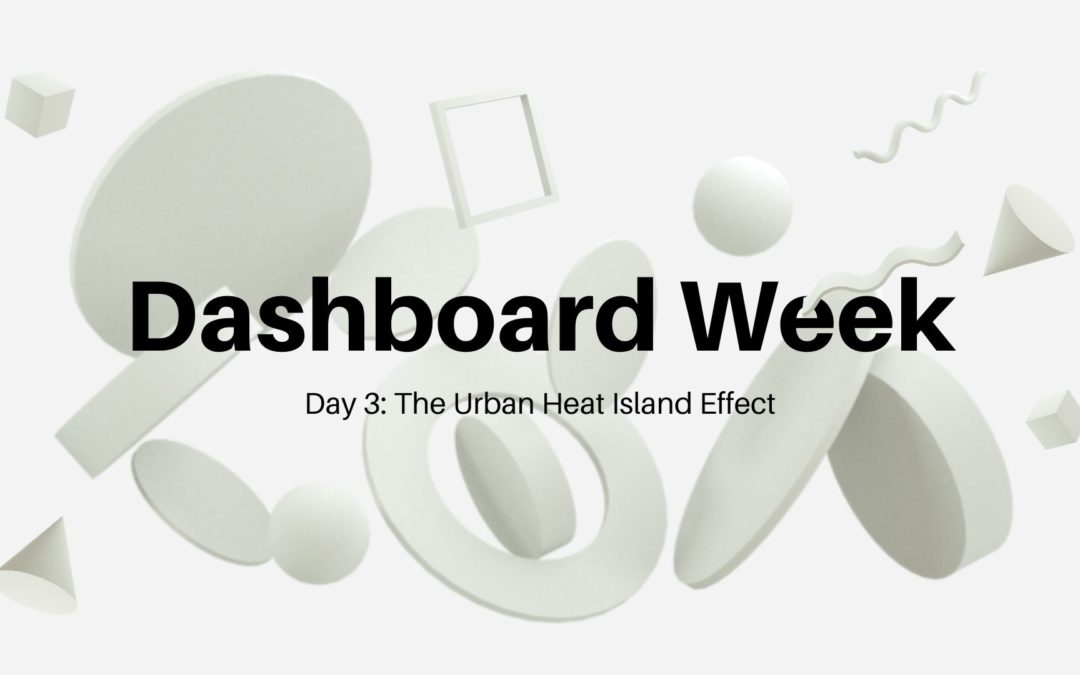 Today marked the halfway point for Dashboard Week and at its conclusion it truly does feel like we have got over the hump. Our task for today was to access data by connecting to an ArcGIS data set through Tableau. For those of you unsure of what ArcGIS is; it is a cloud based mapping storage system hosted by Esri. Essentially this meant that the focus of today would be spatial analysis. And so we took to finding an appropriate source of data. I eventually settled for two data sources: one that included land zoning information and another that investigated the effects of Urban Heat Islands (UHI). My plan was to join these files and investigate the relationship between building regulations and UHI.

So as I just mentioned, the general plan was to see if there is a relationship between what height people are allowed to build to in certain locations and the effect of Urban Heat Islands. Before moving forward lets cover what UHI actually is. UHI is the effect of increased temperatures in regions that have been cleared for urbanisation, as natural vegetation is cleared what we put in place is more able to absorb heat from the sun. The logic was that if people are allowed to build taller buildings, there may be a higher likelihood of increased urbanisation.

I started by joining these two data sources in Alteryx – or rather that’s where I thought I would start. Instead there was actually a bit of a process to import ArcGIS into Alteryx, as it can’t connect directly. This is where Tableau’s connection versatility comes in; I connected to the ArcGIS URL using Tableau and then packaged the workbook and unpackaged it to access the hyper file. I could then bring these hyper files into Alteryx. I then joined a max building height table and a floor space ratio table to the UHI table.The rest of the workflow was relatively simple, all I did was aggregate the measures I needed up to the LGA level and unioned it all together. The workflow looks something like this: 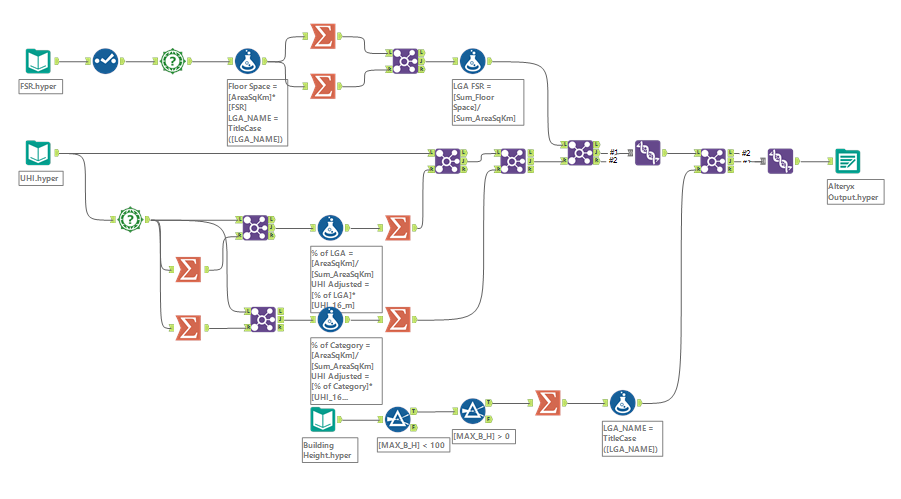 The next step was visualisation!

They say the greatest mistake is not learning from past mistakes and so today I looked at learning from what I did wrong in the past two days. My largest issue this week has been time management as I try new things, essentially biting off more than I can chew. Today I was adamant that I would only try and visualise as much as I could complete in one day. So I decided to make a map, representing changes in temperature due to UHI, the focus of my dashboard and build on it from there. After finishing my map I created a couple bar charts that investigated the relationship between the average max height of buildings in each LGA and UHI increase in temperature, as well as, the category of certain areas (e.g. commercial, residential etc.) and UHI increase in temperature. The result looks like this: 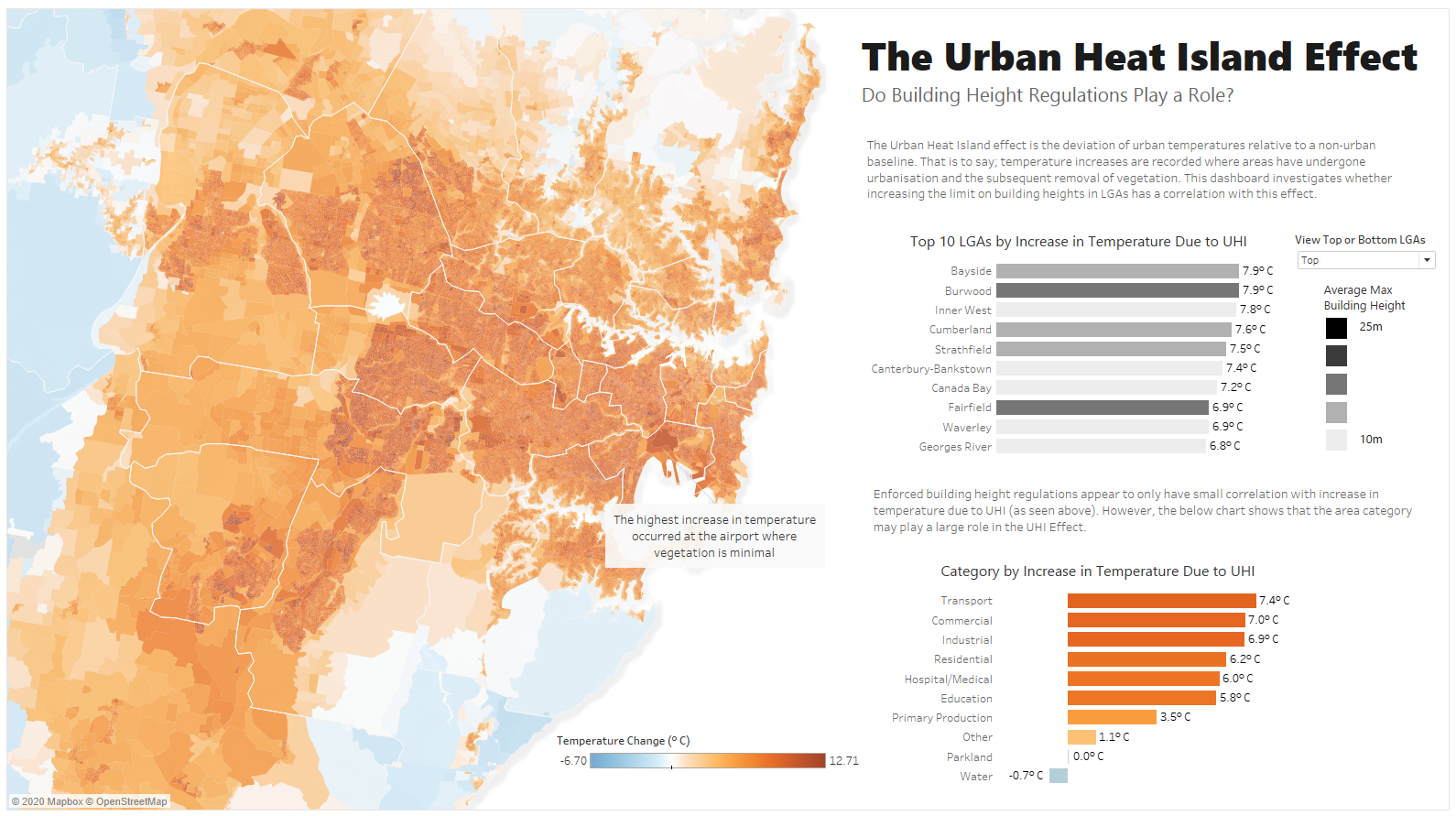 Overall I am fairly chuffed that I actually managed to finish my dashboard without too much overtime work and the product is to my satisfaction! If you would like to see this dashboard in action, you can find it here. Stay tuned for tomorrow’s blog!