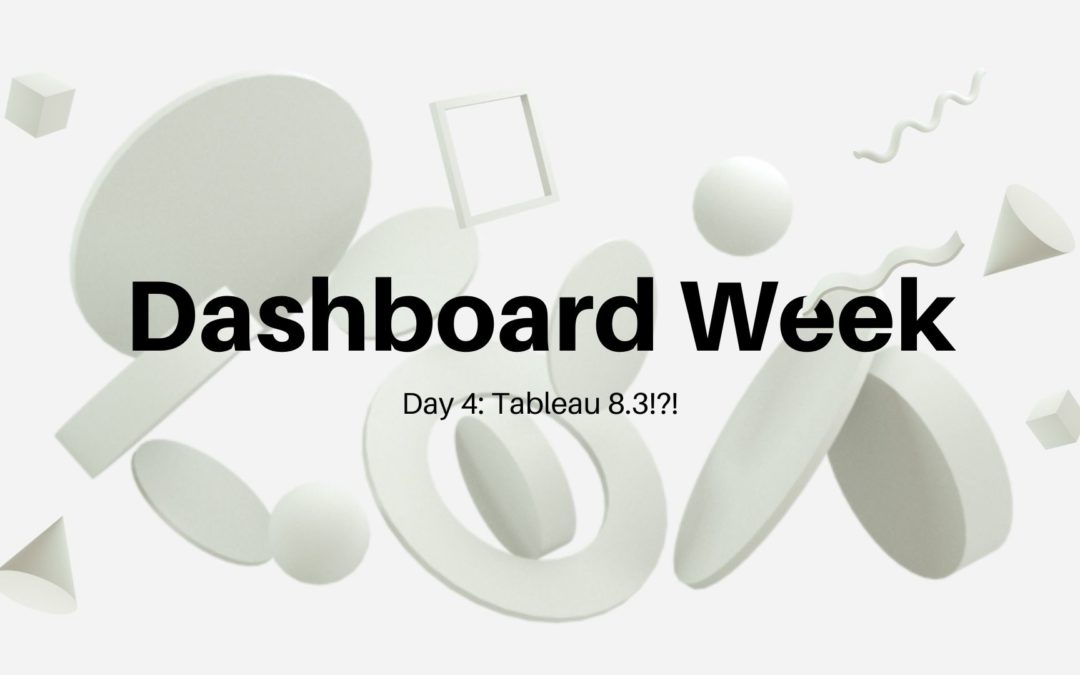 Today truly was Throwback Thursday – why you ask? Well it wasn’t the fact that we were using what appeared to be a 90s themed website to obtain Cocktail data through their API; the big reveal was that we would be using Tableau 8.3! So as I brushed over just then, our data set was sourced from a Cocktails API, which basically included a list of cocktails and their recipes, and our challenge was to create a dashboard using Tableau 8.3. This was a test of our versatility, as no one in the room had used anything older than Tableau 2020.

As per usual I spent some time working on a plan before starting. We had less time today and a pretty simple data set, so I didn’t plan on going overboard. Initially I had decided to create a dashboard that narrows down cocktails depending on what ingredients the end user chose. The dashboard would then reveal an image of the cocktail and the recipe to create it. However, I very quickly realised this was a rather vanilla approach and if I wanted to do something a little different I would have to spice it up a bit. So I went back to the drawing board and concocted something a bit more fun. My new plan was to categorise all of the cocktails as being fun or not based off their name. I would then analyse the different ingredients used in ‘fun’ cocktails vs the remaining cocktails. So how did I do it? I’m glad you asked.

I won’t lie to you, the process was painfully manual. I manually went through over 400 cocktail names and selected ones I thought were funny, then inputted them into a formula tool in Alteryx. Now if I had stopped there that wouldn’t have been so bad. However, in order to actually get some sort of analysis going i had to then categorise all the alcoholic ingredients into broader categories. This was also painfully manual and the list of ingredients was far larger and involved a lot of Googling to find out what certain alcohols were (obviously I don’t drink enough cocktails). I used a combination of Alteryx and Tableau to group these, although in retrospect doing it all in Alteryx would have been better, although more time consuming. After which I had a workflow that looked like this:

I then moved on to the visualisation process.

Limited by time and resources I didn’t create anything particularly useful from an analytical perspective, it was more a bit of fun. This is what my dashboard looked like: 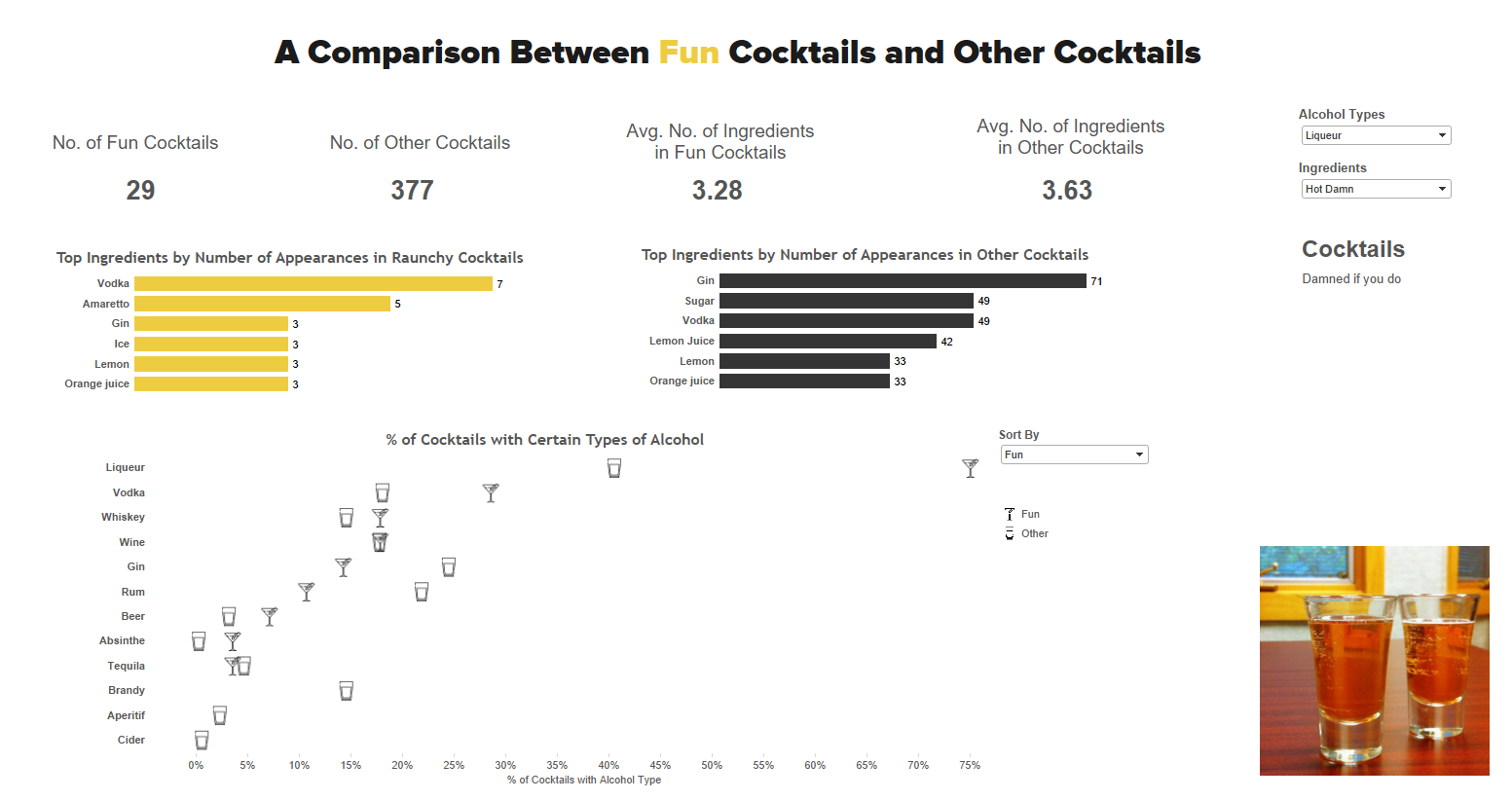 And so that marks the end of the second last day of Dashboard Week! One more to go!