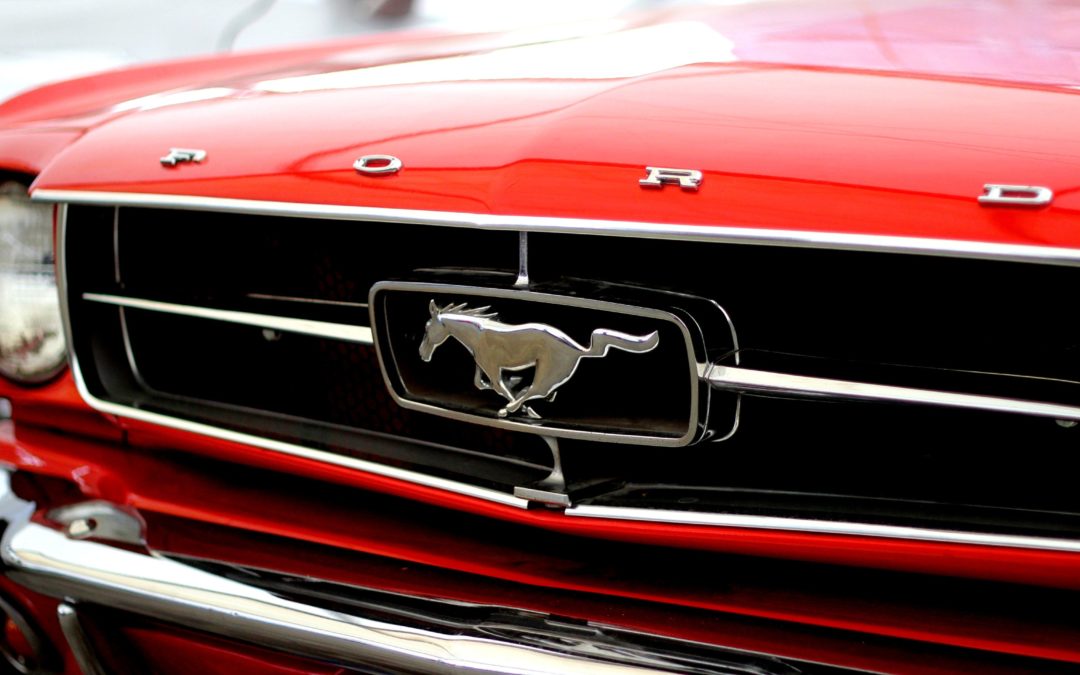 We were given 2018 Motor Vehicle Census data from the Australian Bureau of Statistic (ABS) Data for the final day of dashboard week. Since we’re presenting at 3PM today, the dataset is a lot thinner and easier to work with. Given that a lot of my personal Tableau visualisation projects prior to joining The Data School Down Under was using ABS data, I was feeling pretty confident with the dataset.

ABS always follows a similar format so once you’ve wrangled and parsed one before, it’s easy to deal with their datasets. The trick is to make the data tall so it’s Tableau friendly and to take out any total fields so your values are not accidentally duplicated later in Tableau.

I’m not really a car person so I figured I’d chuck things into Tableau first and from there, look at the patterns and trends to see if anything caught my interest. Noticing that Holden and Ford had a significant decrease in car popularity in 2018, I instinctively went with this pathway.

I initiatlly tried building a waterfall chart but in the end, I realised there was just too many items for a clean and simple waterfall chart. Water charts are not the easiest chart to read so if it’s made more difficult n through a large amount of dimensions then I rather not use it. 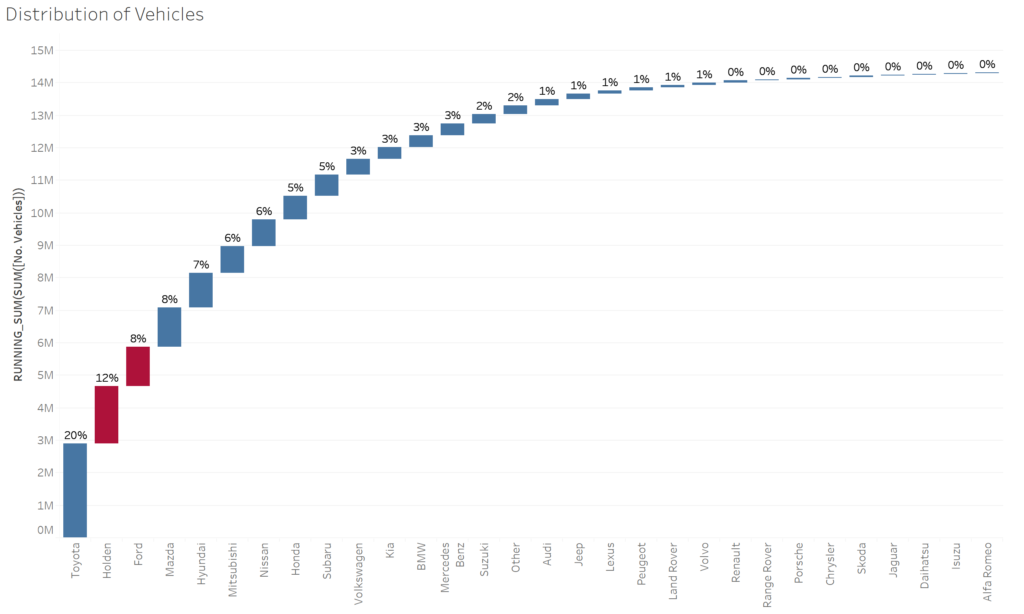 The components of this dashboard can be broken down into:

This was simply the number of registered Australian passenger vehicles in 2018. Given that I’m focusing on telling the story of a falling titan, it makes sense to only show Holden and Ford in comparison to the other big car manufacturers. Using a text box, I set up the story about the overall dominance of the two in the market.

The situation & Call To Action 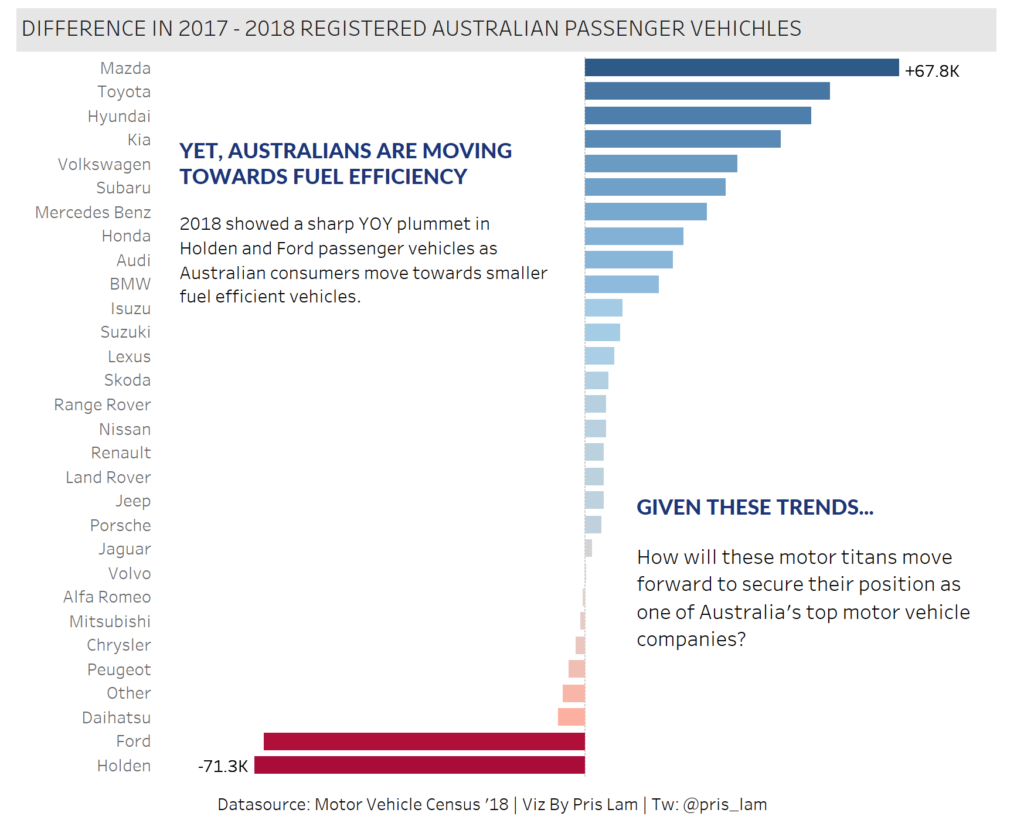 For the situation, I chose to focus on the # difference from 2017 to 2018 and use a diverging colour scheme to make the difference pop in colours. Again, I used a consistent colour scheme as the previous barchart. I used text to highlight the change/situation and to ask the reader a question to instigate curiosity. I would have loved to have additional data to explain the solution from Holden and Ford’s side but I don’ have that data so oh well.