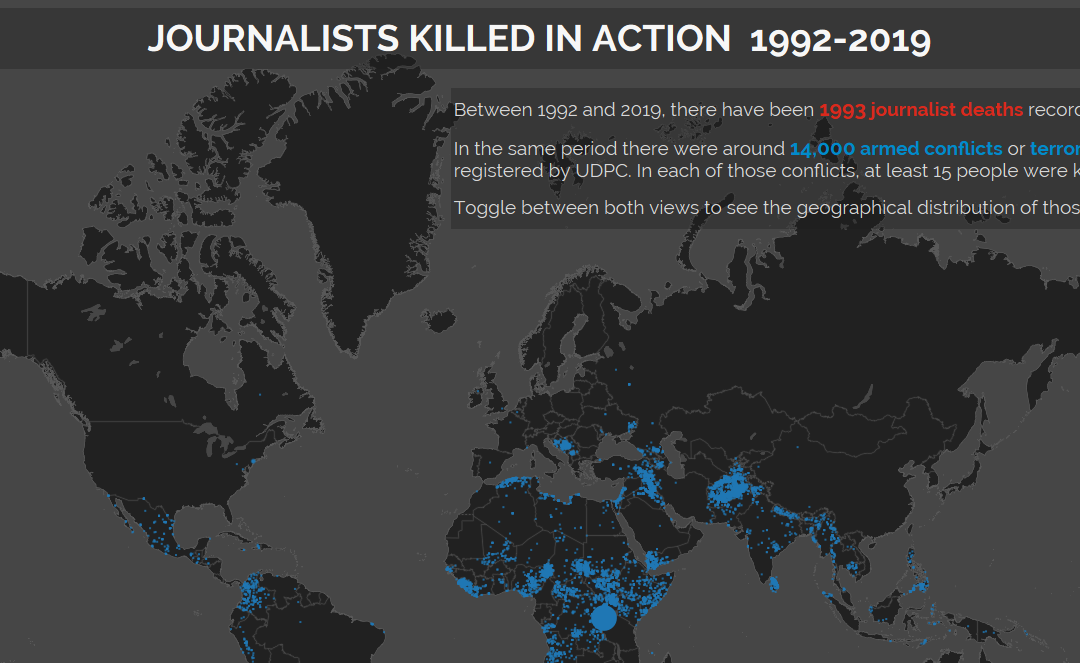 Dashboard Week’s day 5 was all about a dataset on journalists deaths. Craig also gave us an extra task, which was to use version 8.3 of Tableau to build our dashboards. For someone like me, who started using Tableau in late January 2019 (version 2019.1), Tableau 8.3 is pre-historic, to say the least. It was launched on December 2014, and it’s before everything I’ve grown accustomed to using in this tool, like Level of Detail Expressions.
It’s still an excellent exercise though since not all the clients will be up to speed with the latest versions of the product. I did a bit of digging on Google about what updates came with each version of Tableau and found this page that unfortunately only goes as far as version 9.0. Still, it’s fascinating to see how far along the product has come in just four years!

We got our data from CPJ’s (Committee to Protect Journalists) website, an organisation that promotes press freedom around the world and defends journalists’ rights.

The data was pretty clean, as it resulted from web-scraping their website (only a few values here and there were missing).
Given the limitations of Tableau 8.3, and since we could use alteryx, I decided to plot all journalists deaths on the dataset to their specific locations. I got some inspiration from a previous Makeover Monday viz on bear attacks in North America that I did a while ago. For that, I used Google’s Locations API, entering a vague location and a country. Google’s API does a surprisingly good job in getting those precise locations.
This is my alteryx workflow: 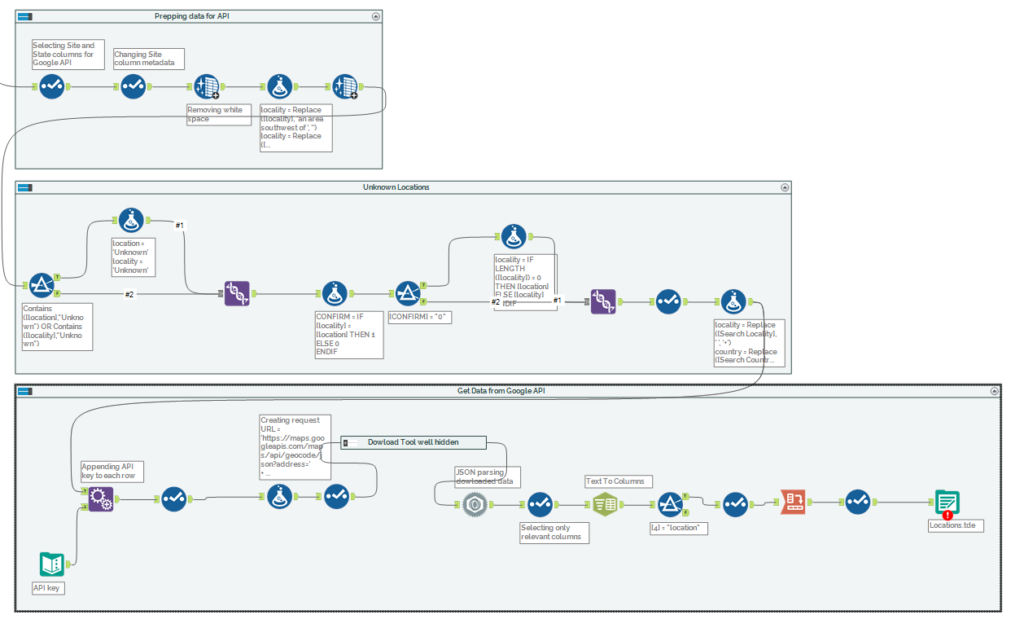 In addition to this, I thought it would be interesting to find some data on world conflicts in the same period (1992-2019). My idea was to see if some evident spatial relationships could be seen by overlapping the data on both.
I found a website that monitors armed conflicts around the world (Uppsala Conflict Data Program) that had a dataset with precisely what I was looking for. After a bit of cleaning up, I ended up with a dataset that looked like the picture below. I filtered the years and all the conflicts where less than 15 people died. This includes not only actual wars and conflicts but also terrorist attacks. 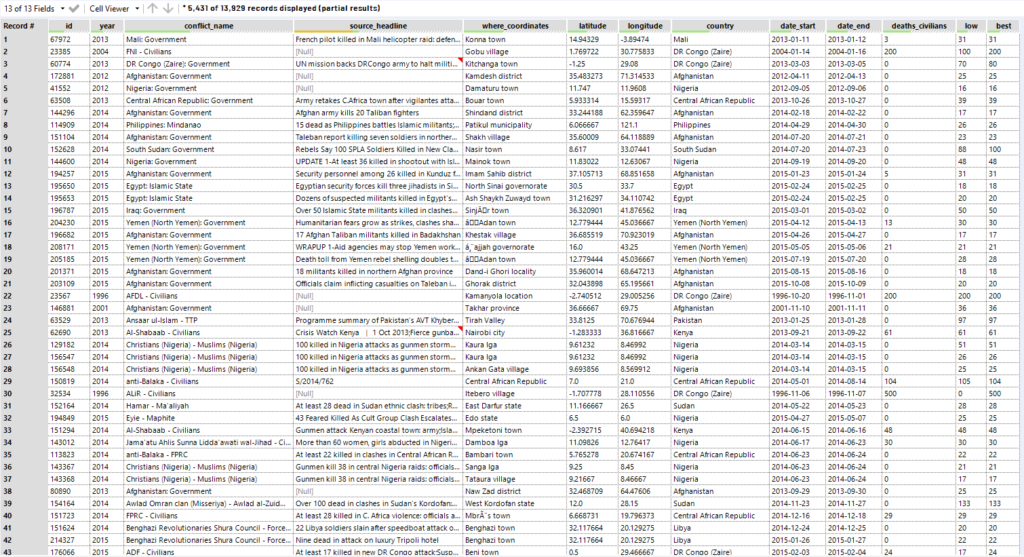 On Tableau, I plotted both the datasets on two different sheets with a parameter to change from one to the other. The link between conflicts and journalists deaths seems pretty evident at first. However, it’s important to point out that this is merely based on the geographical location of journalists deaths and the places where the conflicts/terrorist attacks occurred.

A more in-depth analysis would have to be carried out to establish a more definite pattern between the first and the latter. In fact, when we were presenting the final dashboards, we noticed it would be interesting to combine Alex Simpson’s take on this dataset (check it here) with mine.

This is my final viz below. Click on the picture to see it on Tableau Public.