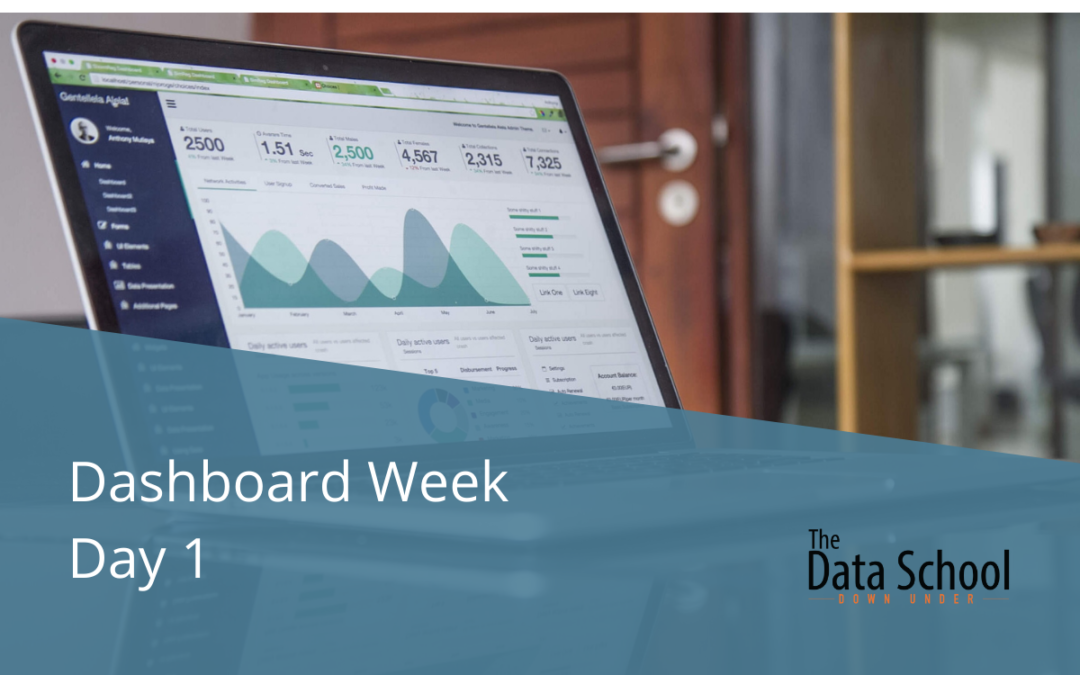 What is Dashboard Week?

Dashboard Week at The Data School is an intense week of creating and presenting a dashboard every day for an entire week. We start the day with data given to us. We are then given the entire day to work on creating a dashboard ready to present the next morning as well as writing a blog post. Previous data schoolers have emphasised that while Dashboard Week can be intense, It is also a good way to practice timeboxing and presentation skills. It is also good practice for time management to meet tight deadlines. I also found that it is a good way to quickly refresh yourself on tools you haven’t used in a while.

The data we were given on Monday morning was an API for the “most active online anime + manga community and database”. The API has a lot of information ranging from anime, manga, characters, seasons and reviews. After hearing that the data was on anime, I started to worry. I don’t watch anime and it may be hard to find a story to tell in the data. Others started to focus on telling a story about one of their favourite anime. As I didn’t have one, I decided to focus on the top 250 anime from the API. I wanted to explore the voice actors that play characters in these anime. The two main parts of the API I used were the Top Anime and Characters.

I started by retrieving the data for the first page of the top anime which turned out to be 25 anime. I knew I would need more but I wanted to get everything working before I continue. We ran into a few issues in the morning as the API had rate limits which we quickly exceeded. To overcome this, we throttled our requests from the configuration of the download tool. After addressing the rate limit issue I used the ID obtained from the top anime to get the characters and the voice actors. This was straightforward as voice actors and characters were in the same Characters endpoint. After everything was working, I revisited macros and created an iterative macro to retrieve the top 250 anime from the first 10 pages (25*10).

My main story behind the dashboard is to show the diversity and creativity of voice actors. Voice actors are able to play multiple characters in the same anime as well as play different characters across different shows. 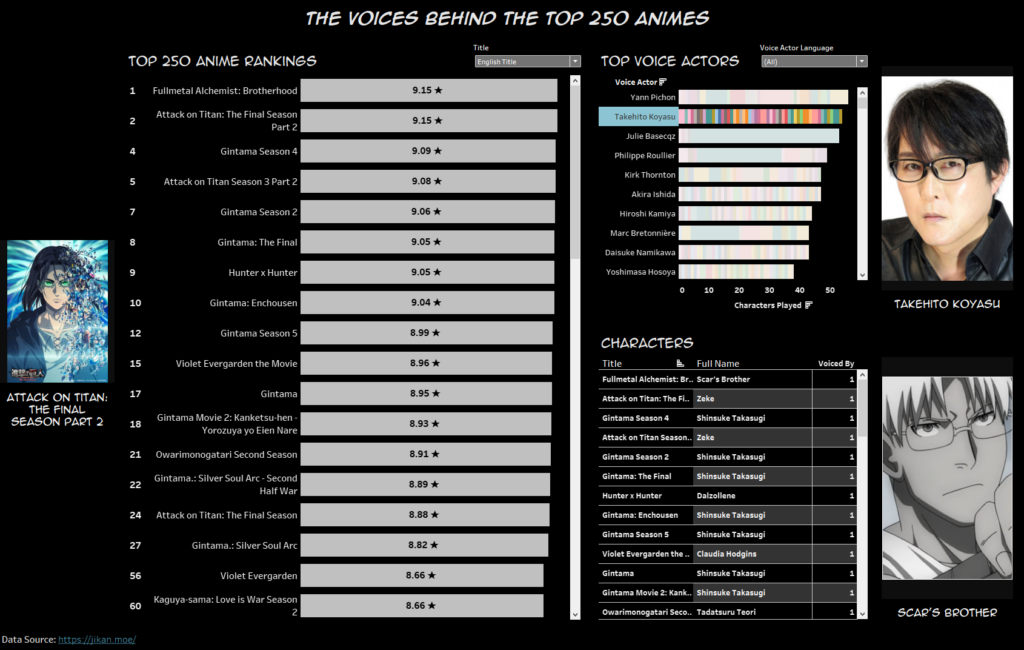 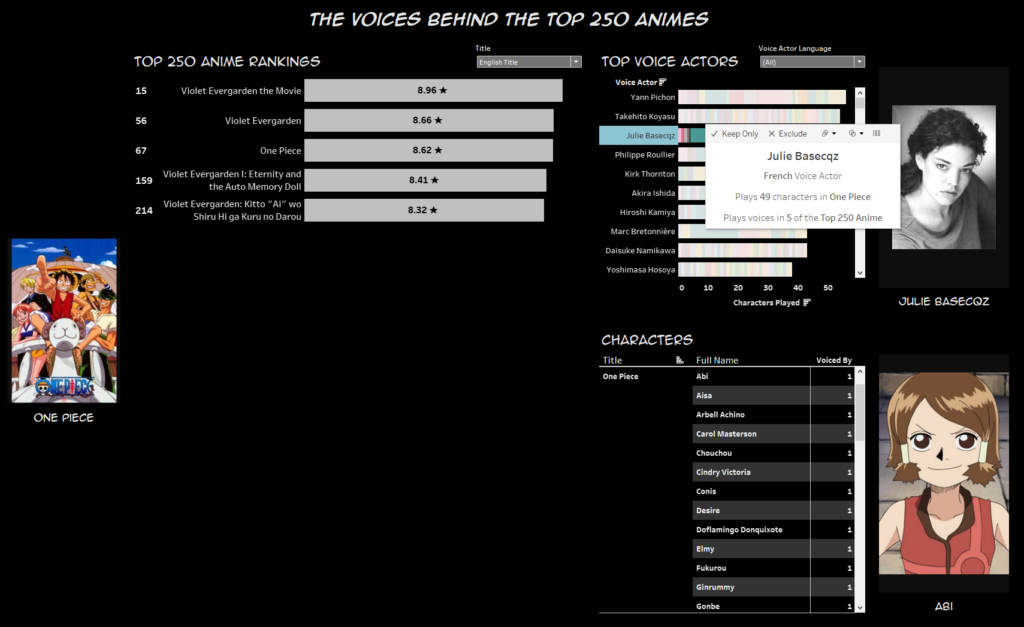 The result of day 1 of Dashboard Week can be found on Tableau Public here.

Don’t be scared of Dashboard Week. It may be stressful, but if you timebox effectively, it should be a very rewarding experience. Additionally, It will force you to re-learn things you may have forgotten as well as learn some new skills. From only day 1 of Dashboard Week, I had to revise APIs and macros in Alteryx. I also learnt how to use URL actions in Tableau in a new way to display images through the Web Page object.

I hope future Data Schoolers find this blog post helpful in preparing for Dashboard Week and understand why we are put through this pressure.

Edit: Check out my blog post for Dashboard Week, Day 2!