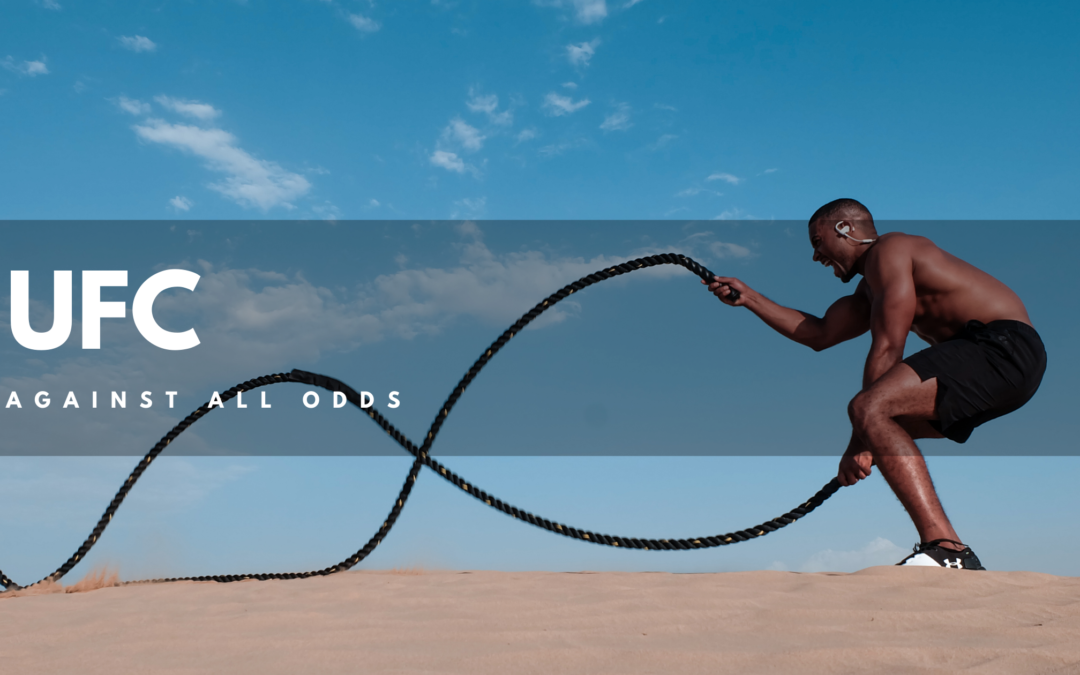 Today’s challenge involves the UFC dataset done by the new cohort on their stage 3 interview.

The data is actually set-up nicely already for a predictive model, with some a lot of feature engineering already pre-done. I removed any variables that are determined after the result.

I decided to go with a Random forest model as there seemed to be some quite a few linear relations within the data, that the XGBoost model would approximate.

Although the random forest has a lower balanced accuracy, we will be fine tuning the values later in Tableau so it’s fine just to look at the overall accuracy.

However, I removed the odds as they are already a sort of prediction based on data and so can just serve to distract the model making other variables more important. This made me change my model selection.

The XGBoost just performs better overall and so was selected. 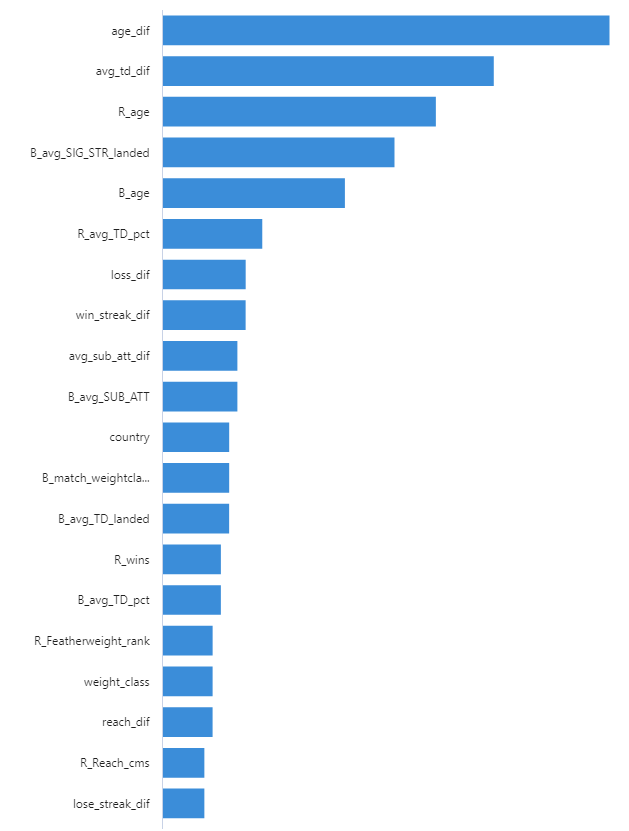 So currently the data is on a fight grain, where the the fighters are determined as red and blue. This can make it difficult to calculate numbers and performance of individuals.

To quickly sum it up, this workflow separates the red and blue fighters into fighter and opponent. Each fight is separated into two rows from the perspective of the fighter themselves, seeing the other fighter as a opponent. The non-fighter related details are also separated and then joined back to each fighter. 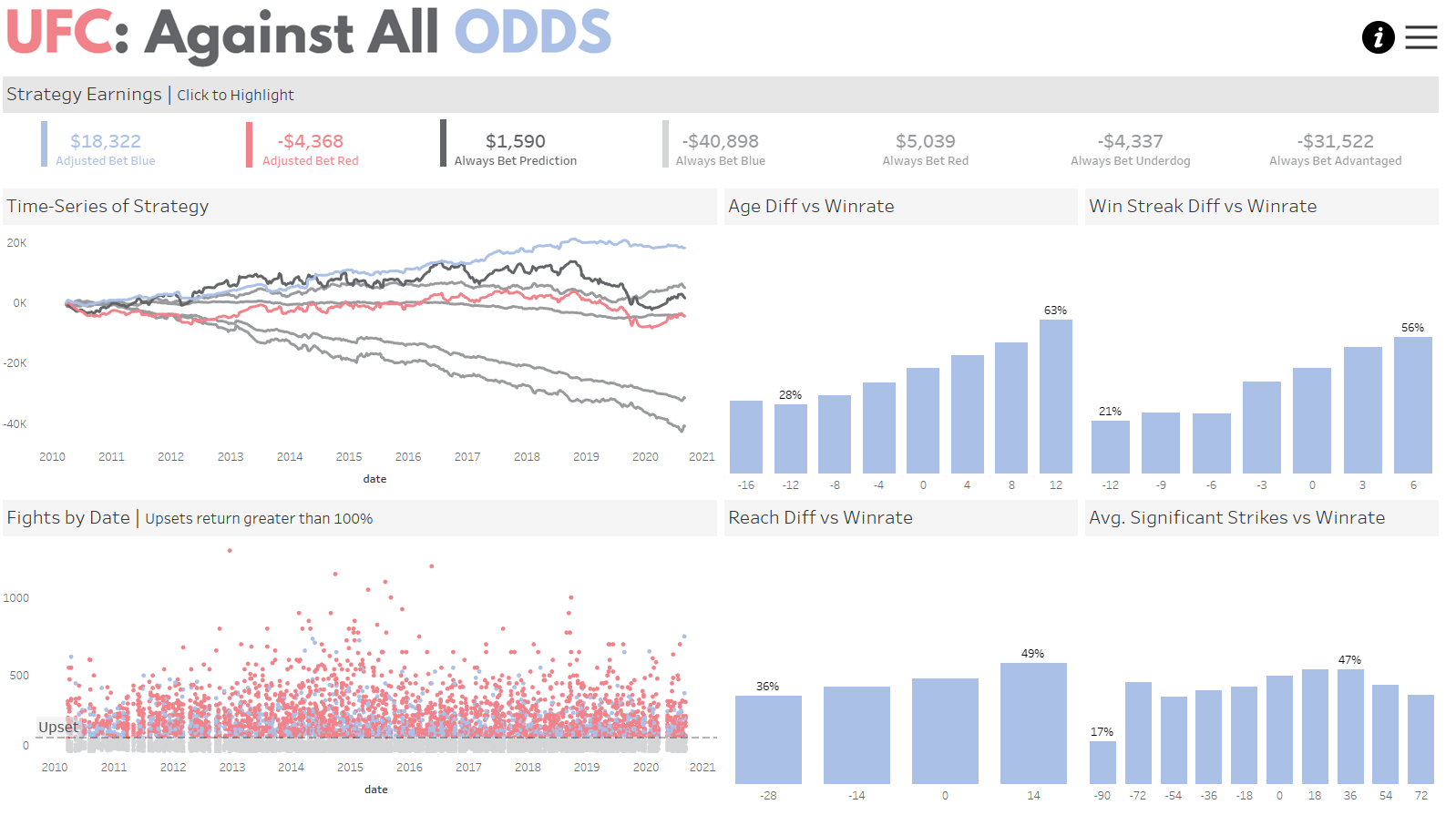 I decided to go for a simple viz that combines the most important variables from the predictive model for data exploration. I created several different strategies: 4 simple ones that only bet towards certain things and 3 more complicated ones based off the predictions from the model. For the Always bet prediction, I just straight up used the prediction output. However, although the predictive model has a 60% accuracy, it actually doesn’t make much overall. This is because the predictive model is just made to get the highest overall score accuracy achievable, and doesn’t take into account the odds.

It is actually surprising that always betting the red player allows the person to break-even. However, in the model because of the imbalance for reds, it may actually favour the reds too much. This is seen in the model red selection actually losing money. In future iterations I would definitely try to weight or undersample some red wins to get a more even balance. The blue model on its own worked fairly well although if I create a better red model and combine the decisions for the two I think it would create a even more reliable model.

In terms of visualisations, I think it once again proven that making a predictive dashboard is quite difficult, I struggled to include interactivity between the charts. I think this may also be due to the fact that the predictive model outputs are different to how I setup the visualisation data structure. In the future I would consider this before changing my data structure.