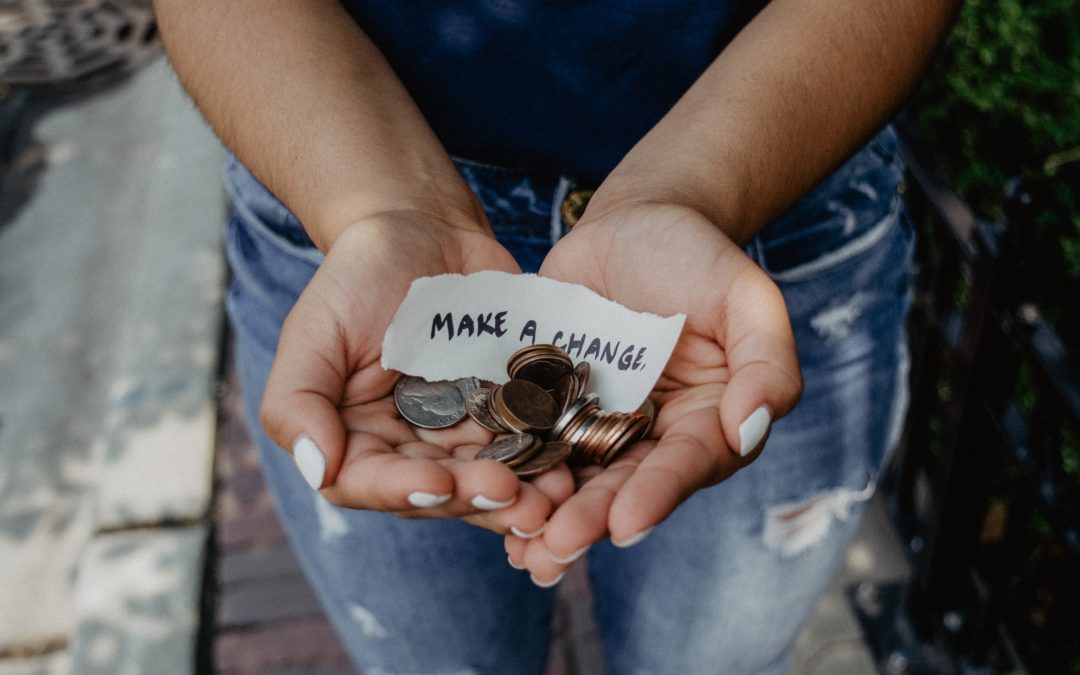 Dashboard week has begun! To begin, we are looking at data from the ACNC Australian registered charities and non-for-profit commission.

This week’s biggest challenge was finding a story in the relatively sparse data. The majority of the data is dummy variables that show whether a charity belongs to a particular category.

I have chosen to analyse charity beneficiaries. I want to show who benefits from charities and how these beneficiaries are correlated amongst charities. For example, do charities that support Unemployed Persons also support Victims of Crime? (Spoiler alert: yes, they do).

You can find the dashboard here.

How the Dashboard Works 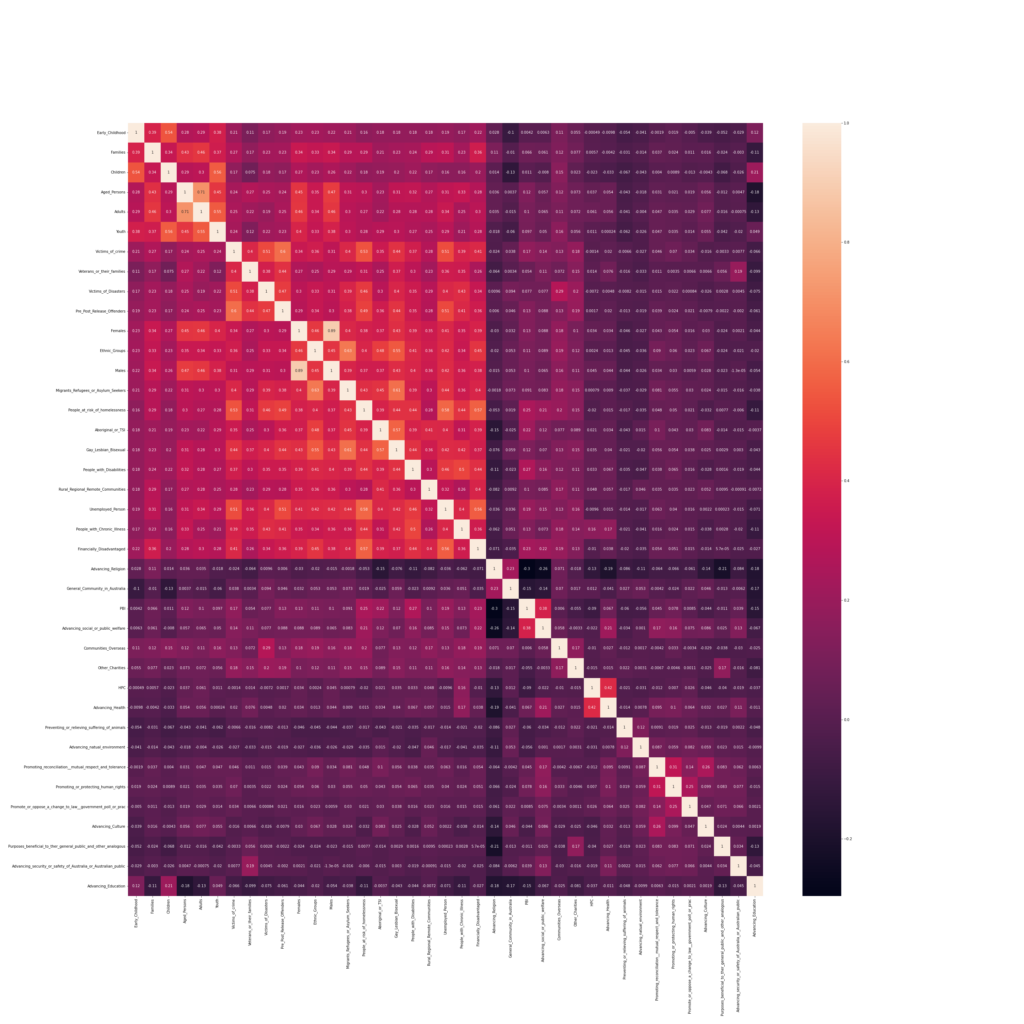 As you can see, the heatmap is coloured into squares along the diagonal of high correlations. This makes the correlation algorithm easier to read and more effective – each category’s position along the axis of the matrix now has meaning.

This is often accompanied by a hierarchical clustering dendrogram, which looks something like this. 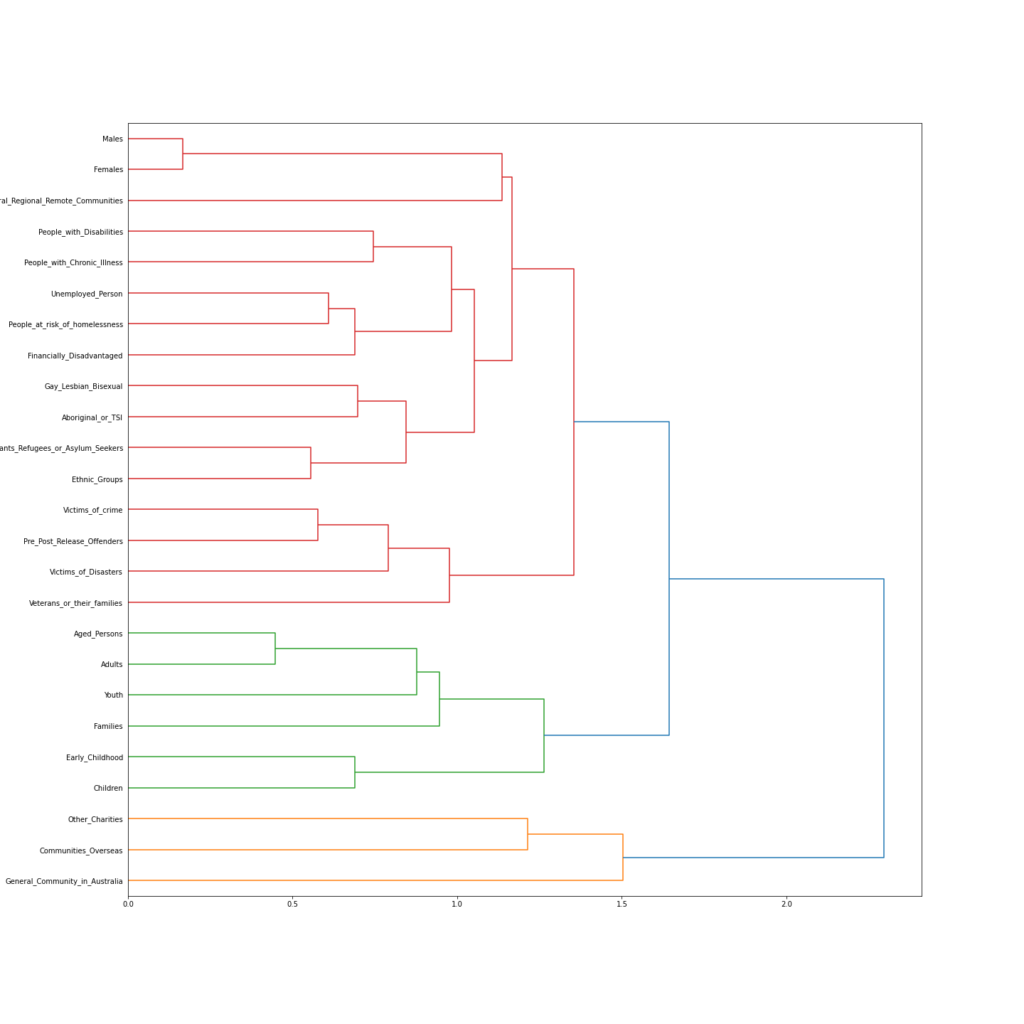 This dendrogram shows the mapping of each category and how they were clustered in the process.

I decided to recreate a slightly prettier version of these charts in Tableau. The dendrogram I created was a simplified version, where I used k-means clustering with different cluster numbers (5 and 14) to group the beneficiaries in the dendrogram. These clusters show a progression along the clustering, give background to which fields are most related, and create meaning in the order of categories in the correlation matrix.

Perhaps so far is the key word in this title. I have heard of how gruelling dashboard week is – so far it has not been too difficult. Today’s data was manageable, and my dashboard came together without too many problems. At least for day one, I might sleep soundly. For now, this is all – I will see you tomorrow for Dashboard Week Day 2!