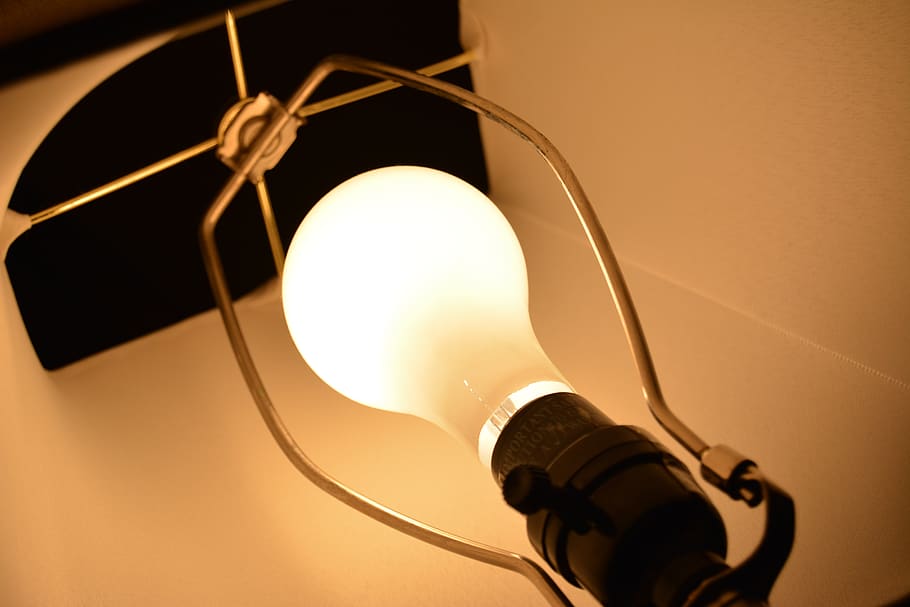 For the second day of the hustle week, it was the dataset on the Energy consumption of London via the Smart meter from Kaggle.

On the initial analysis, the year 2013 had the highest number of smart meters installed. Hence, I chose the same for my dashboard to obtain optimal and well-rounded Insights.

I wanted to see how the seasonal variations were impacting the consumption pattern alongside the daily usage. The heat map displays the hourly granularity of energy usage correlating with sunrise and sunset time.

The other two charts are around how the typical weather or seasonal variations impact energy consumption. 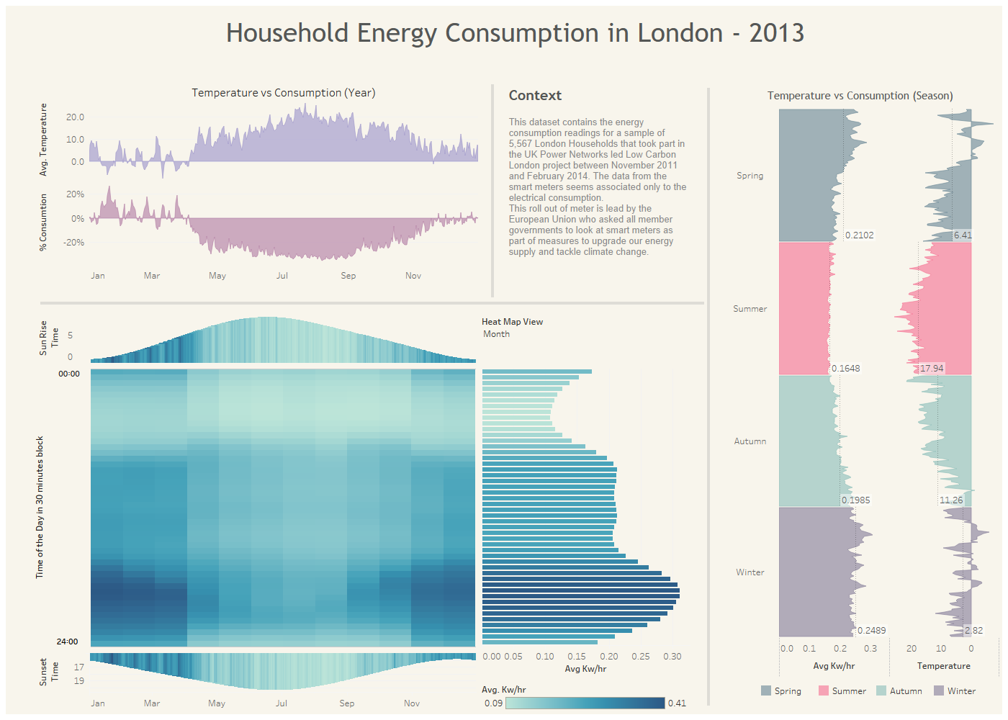 When looking at the consumption pattern, I understand how the Great Smog of London in 1952 has occurred and why thermal plants were kept operational during the coldest period.

Shiva, a graduate in Electrical and Electronics Engineering, had an exciting Oil Industry career for over a decade exploring ocean bed through marine seismology. Being an Instrumentation specialist in International waters, he found his passion for data visualization while working with binary seismic data. Recently, in a short stint as a Technical Asset Manager, he discovered Tableau to manage the ridiculously diverse scientific equipment in the Global marine warehouse. He refers to inventory planning as finding a needle in the haystack, and Data analytics is like having a wand in hand. In a quest for learning, Shiva found Data school, which paved the way for the most-awaited career switch as Data Analyst. He is currently pursuing Masters of AI (Part-time) from Western Sydney University, and in his spare time, you can spot him cycling, running or designing logos. Recently, he tried his hand in cooking and took an interest in exploring cuisines. If there is something he cannot live without, that would be coffee!