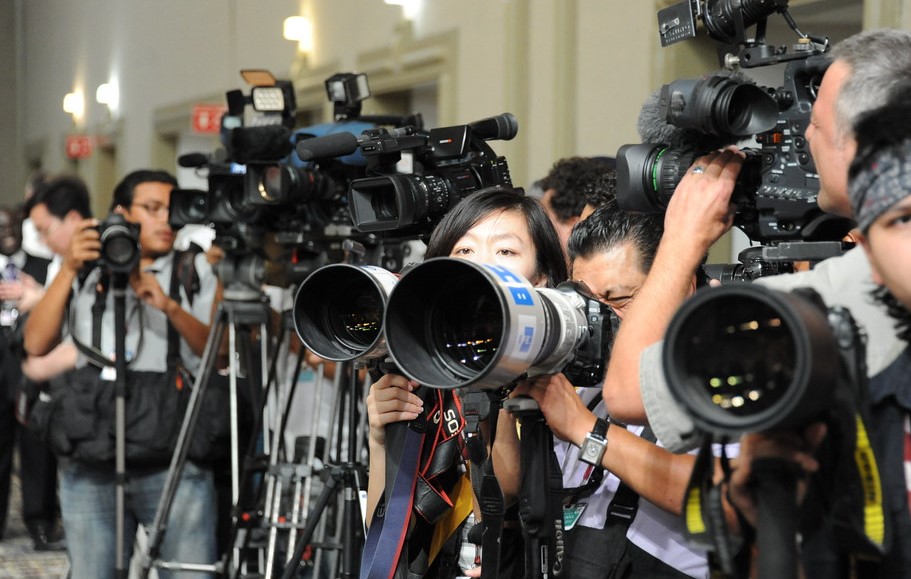 Friday was the last day of the dashboard week. And our task was to build a dashboard on data from CPJ (Committee to protect journalist) in Tableau 8.3! We downloaded the older version and it felt like we had traveled back in time. The interface looked very different and it took us a while to get the hang of it.

The data was about the journalists killed worldwide from 1992-2019.

The data required minimal cleaning and grouping of job roles of journalists.

I have been wanting to build waffle charts since some time now. And I didn’t want to lose this opportunity on the last day of dashboard week. I followed a quick tutorial by Andy Kriebel and showed the percentage of deaths by category using waffle charts.

I used a map to visualize the most dangerous places for journalists in the world and Iraq and Syria top the list. There are some countries which have not reported any deaths which could be for multiple reasons such as being safe or serious censorship. Next, I also wanted to look at the job role of the journalists who were killed and which job role is the most dangerous overall and for a country. And for each job role, the user of my dashboard can also view a timeline of when, where and which journalists were killed. 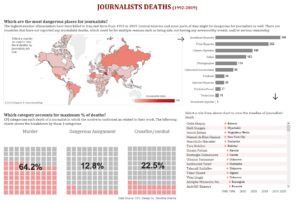 To view the interactive version of my dashboard click here.

This has been the most intensive week for me at DS. But I have enjoyed every bit of it and it has been such a great learning experience.