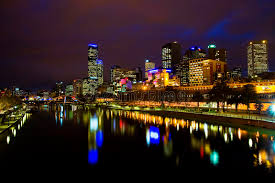 Finally, we are at our dashboard week, which is two weeks earlier than usual and we are ready as we could be. During the dashboard week, we receive a dataset daily in the morning and we will be presenting this on next day, morning. Today is our first day and we received the dataset related to customer service requests in the city of Melbourne. Our Challenge is to find a supplementary dataset and derive some insights.

Our first dataset is customer service requests by the City of Melbourne. Dataset can be found in the City of Melbourne Site. The data set is relatively clean, so it was an easy data preparation for the original dataset. However, I wanted to find the correlation between requests vs population, and see if age could be a factor for graffiti removal requests? So, I blended population and age data by suburb from Melbourne senses data.

Workflow for original data and Supplementary as below,

Once Preparation is ready, I brought data to the tableau and create a relationship between the two datasets.

After spending some time finding data and preparing I started working on my Dashboard. My main story is to find which suburb has the high request calls as per the person, is there any pattern of requests by weekday and which suburbs have most of the graffiti removal requests, and could the age be the factor for graffiti removal requests? My Final Dashboard as shown below, 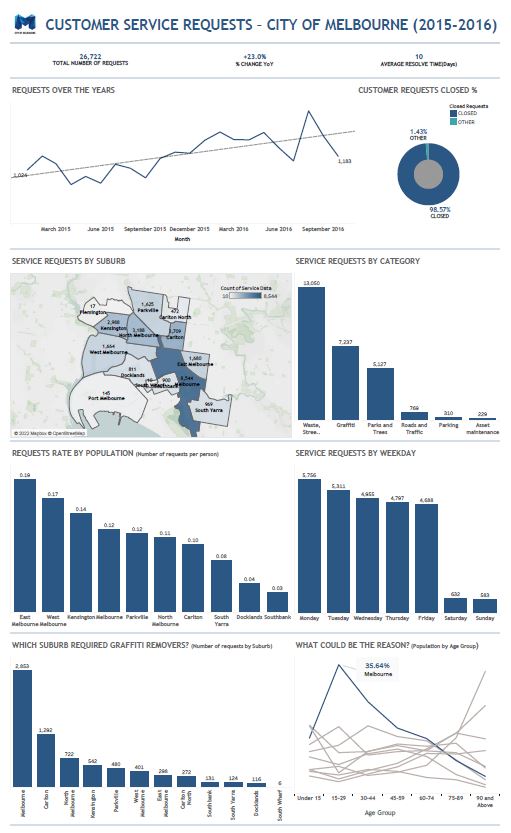 You can find my Dashboard in Customer Service Requests – City of Melbourne. Hope you enjoy my viz and findings.