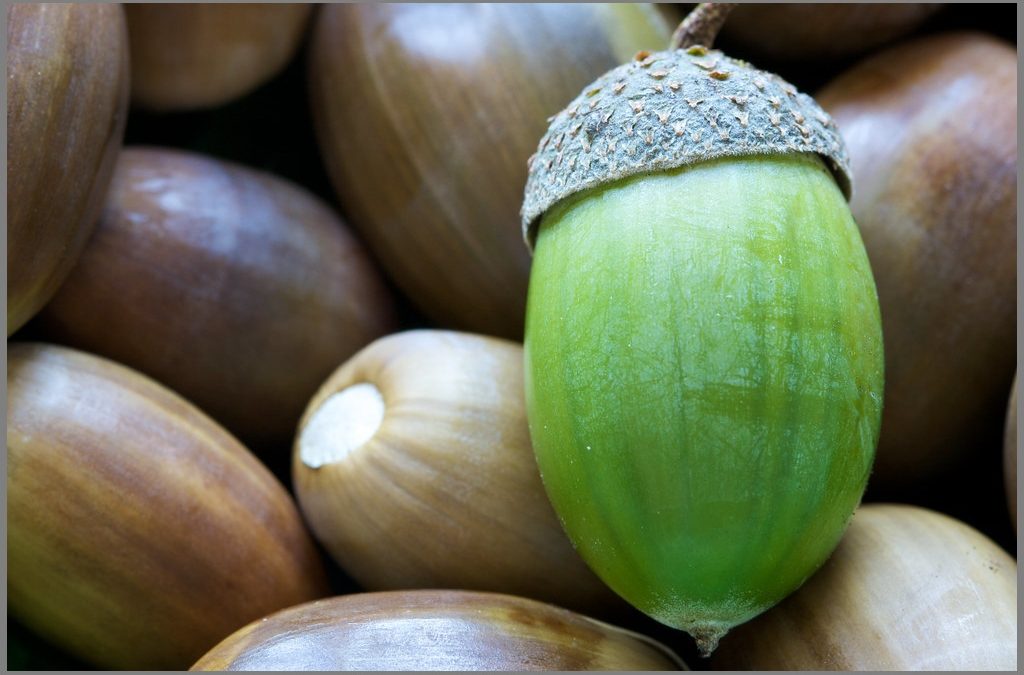 On the second day we were given the task of using Acorn data for ‘Smart Meters in London’ which looks into research on the Low Carbon Emissions.

There were a number of datasets from the original study available, including demographics data, holiday dates, weather information over time (daily and hourly) and Regional IDs energy usage (daily and hourly) to assess carbon emissions. Spatial was not an element included within the data in this project, although might have been interesting to investigate with more time to obtain or build with.

The daily and hourly datasets pertaining to the Regional elements were large enough that the source had broken them down into ‘blocks’, which meant there were 112 files each to be uploaded. This gave us the opportunity to bring in and union them in in one swoop using the wildcard input (using the file path with * to represent the contents).

Then it was a matter of determining what data to work with and joining it the way it was needed to accomplish a desired dataset to work on in Tableau.

I ended up joining all the datasets together and also brought in some additionally demographics data from the Acorn Knowledge Grouping to add more information into the demographic breakdown. Once the data was joined to my satisfaction, I outputted the dataset as a hyper file and set about exploring my data. I wanted to explore the demographics data further, and some other areas that peaked my interest were elements included weather, holidays and time of day.

I also felt that usages across difference Seasons could possibly show different results, so I used a calculated to create this field (suitable to the Northern Hemisphere).

I also determined the average Energy Rate, which became a key elements of my Dashboard. Some background research into UK Low Carbon Zones, revealed that one apparently unassuming field was in fact pretty relevant in these types of investigation – Std to ToUD (‘Static’ to ‘Time of Use Tariffs (Dynamic)’).

This certainly explained why so much weather information had been collected in the initial investigation. And so I decided to build my dashboard around comparing if Static or Dynamic showed differences in energy rates. I determined out the Average Energy Rate (0.2168). I used this as my Threshold value for determining if a particular demographic was paying > or < average rates.

Initially, I considered doing a further comparison between NSW power and the UK study in terms of Peak times and rates, but with the limited time we had for this project I focused on the rates for just this data.

For my charts, I wanted to use this week to explore some charts I hadn’t really build out before. With a topic on Smart meters and energy, it seemed like a great time to try one I’d often seen on professional dashboards: the Gauge Chart. I made Gauge charts for each key Acorn Group.

Making Gauge Charts was quite fun, and they do provide a clear visual comparison between each group. But I didn’t find them to be the most versatile option to work with for a dashboard. They were fine with a simple filter, but editing or incorporating more into them, such as parameters, wasn’t always straightforward.

I also played around with making Thermometer Charts, but they didn’t really add much to my final view. So I went with a Heat Map (Months), Line Chart (Temperature) and Lollipop Chart (Seasons and Weather).

With my selected charts and a key filter to switch between ‘Times of Use’; I was able to clearly identify the demographics with above average energy rates. And that the Dynamic option has lower average rates – clearly that’s a the rate we would all prefer! 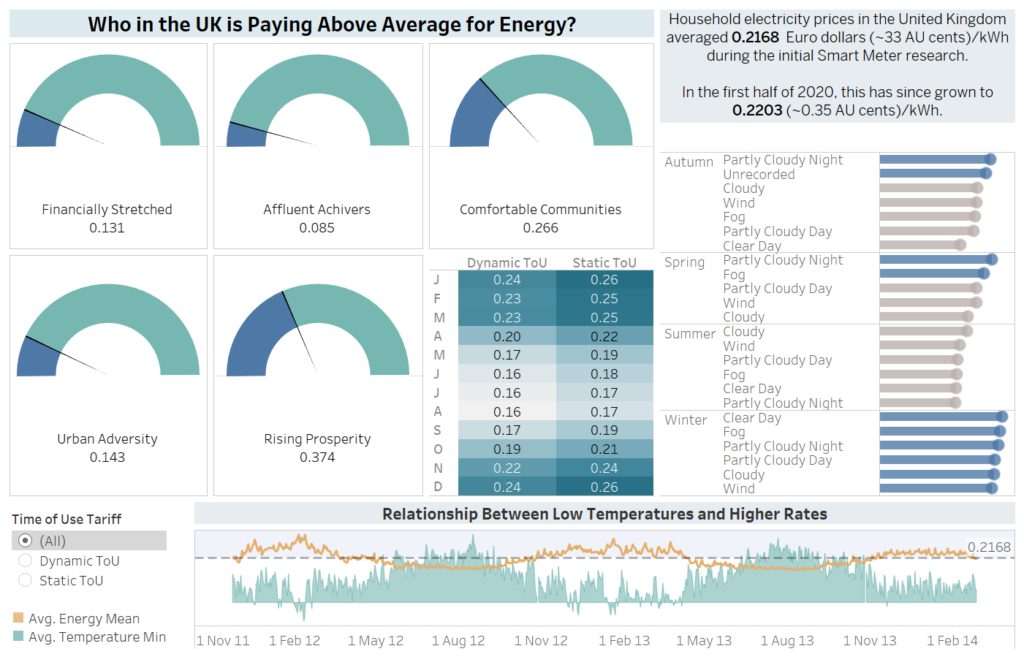 While Gauges are perhaps not a chart type I would employ regularly except in specific circumstances, it was still a great opportunity to try out some new visualisations!