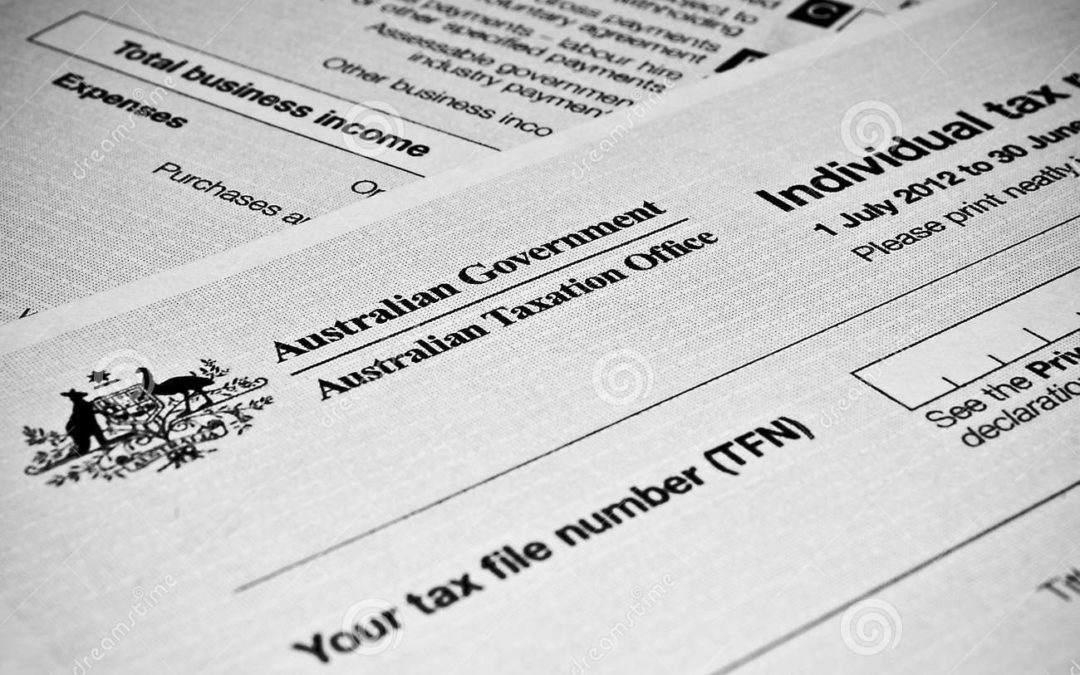 For the 3rd day of dashboard week we were given taxation statistics data, available here, very dry compared to our Star Wars data which we had on day 2!

No data prep was required here so it was straight into Tableau to create the dashboard:

The table I chose had a state/territory column so I thought it was a good opportunity to visualise some spatial data. I applied the state/province geographic role to the field and applied it to the canvas, this gave me a circle mark for each state over a map. I then dragged the “Net Tax” field onto the size card which changes the size of the circle relative to the sum of the “net tax” field for each state. However, this doesn’t tell the user much because net tax is obviously heavily dependent on population. Median tax per person would be a much better indicator so I create a calculated field which calculates this, I divide the “net tax” field by the “net tax no.” field (which is the number of tax numbers for that row). I then drag the “state / Territory” field onto the canvas but this time the “Add marks layer” popup appears, I drop the field onto the popup to create a new map layer. I drop the calculated field onto the colour marks card and voila. I now have a coloured representation of which state pays the most tax per person.

Next, I decide it’s a good idea to investigate the amount of tax paid over each year so I create a bar chart with the “FY” field on columns, I keep it discrete so I can see each specific year, and I put the “Net Tax” field on rows and select the SUM measure to give me the total tax for each year. I’d also like to see the difference between genders to I drag the “Sex” field onto the colour card. It would be good to see the specific change each year so duplicate SUM(Net Tax) onto the label card and create a quick table calc for year over year growth. I now have a chart which shows the net tax paid each year and the year on year growth for each gender.

Finally, I want to investigate the deductions / income ratio for each demographic. A good way to visualise a measure for a lot of different dimensions is with a highlight table or heatmap. So I drag the “age range” and “Sex” fields onto rows and the “state / territory” field onto columns. I then create a calculated field which calculates the deductions / income ratio and drag it on the colour card, click on the label card, show mark labels, and we’re done! Here’s the final result: 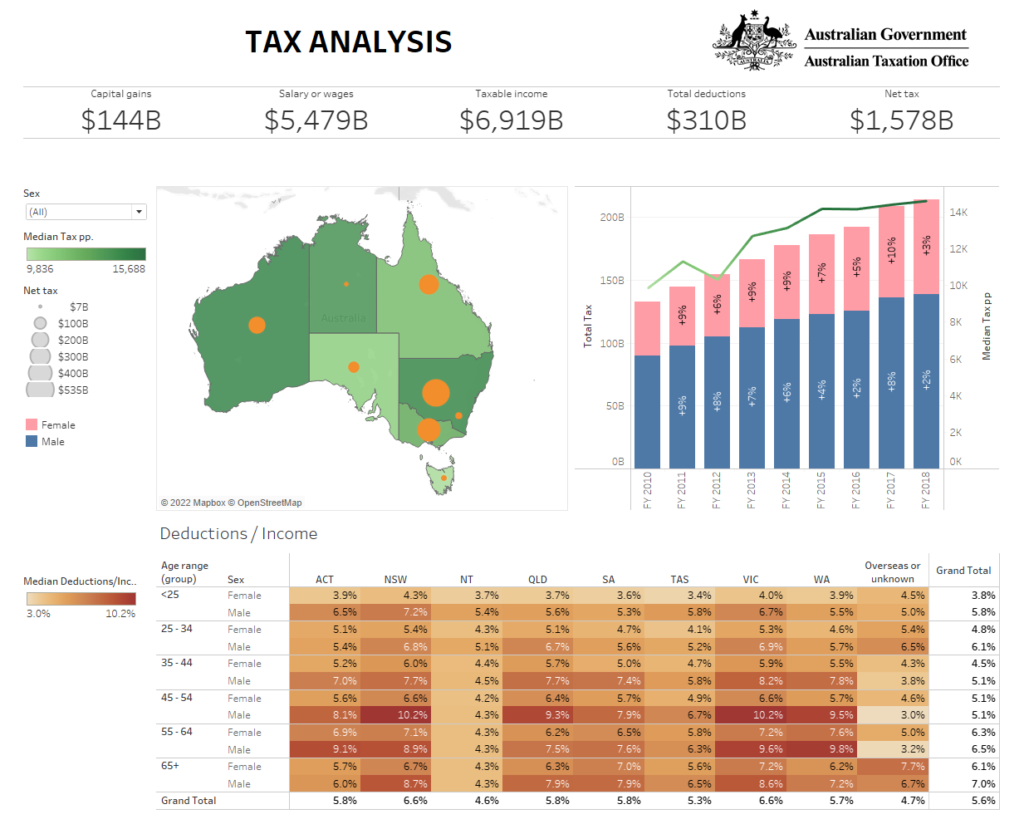 Tom is an enthusiastic and determined member of The Data School. He previously worked as a network engineer for a wholesale ISP and even created his own virtual escape room business with colleagues during COVID lockdowns. Tom has completed an associate degree in Engineering Technology, as well as his bachelor and honours in Computer and Network Engineering at RMIT. He is always striving to upskill, achieving certifications such as Cisco CCNA, Juniper JNCIA. While at The Data School he has recently achieved his Alteryx Core certificate and is currently studying to achieve his Alteryx Advanced and Tableau Desktop Certified Associate certificate. Tom’s interests include sports (particularly AFL, he follows the Melbourne Football Club), horse racing, cooking (and eating), as well as outdoor activities such as camping, hiking and SCUBA diving.