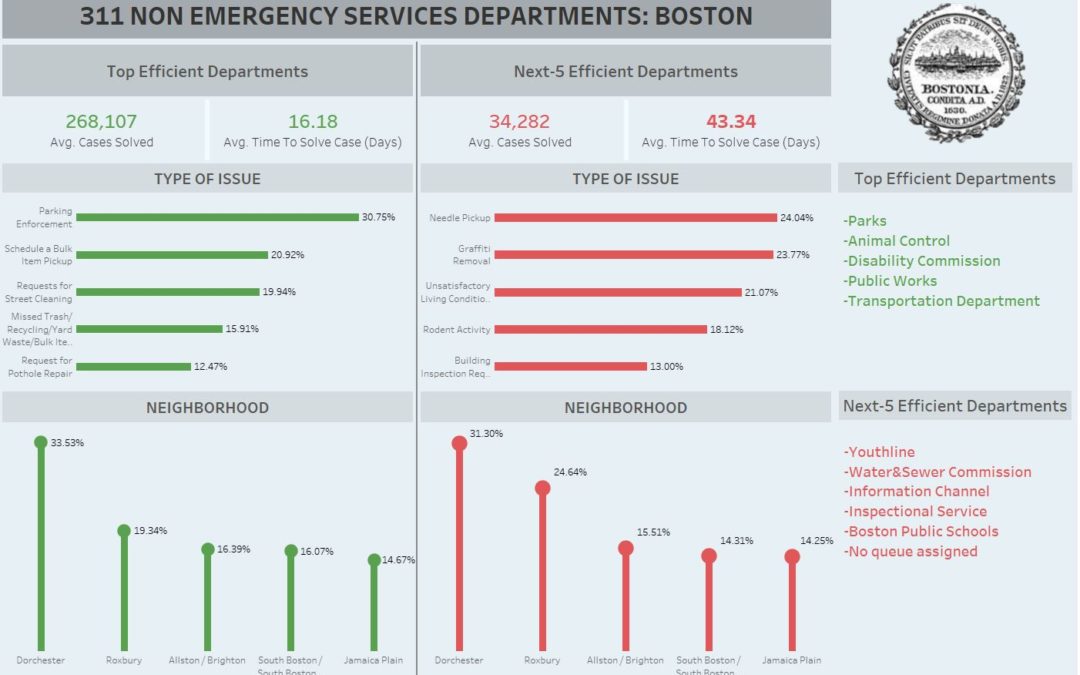 Today was the last day of our dashboard week. Today was little different compared to the other days of the dashboard week. Instead of the day starting with the presentations of the previous day dashboard challenge, instead we were given a new dataset in the morning and had to present both the dashboards in the evening. In this blog, I will be writing about the second dashboard I built (link to the blog for the first dashboard I presented on day-4 here).

Today, we were given a dataset on 311 non-emergency services of Boston. The dataset had all the records from 2011 until 4th January 2022. The dataset was quite granular and the granularity was details of each call per record.

There were multiple datasets, where each dataset had all the call records per year. All the files were consistent and had the same schema. So, I used wildcard format in the input tool to union all the dataset together. After bringing the filter into Alteryx, I outputted the files as a Tableau Hyper file. Below is the screenshot of my Alteryx workflow.

Let us look at the first part of my analysis. Find the screenshot attached below.

I decided to dive deeper and understand why they were performing so good as compared to the other departments.

But when I looked at the type of issue the top-5 most efficient departments were handling, I found the these issues were less severe as compared to the other departments. For example, solving an issue of unsatisfactory living condition is more severe as compared to picking up a bulk item. Which answers why it took the top-5 most efficient departments less time to solve so many cases in such a sort time per case.

Please find the screenshot of my dashboard. You can also explore this dashboard that I have uploaded to Tableau Public here. 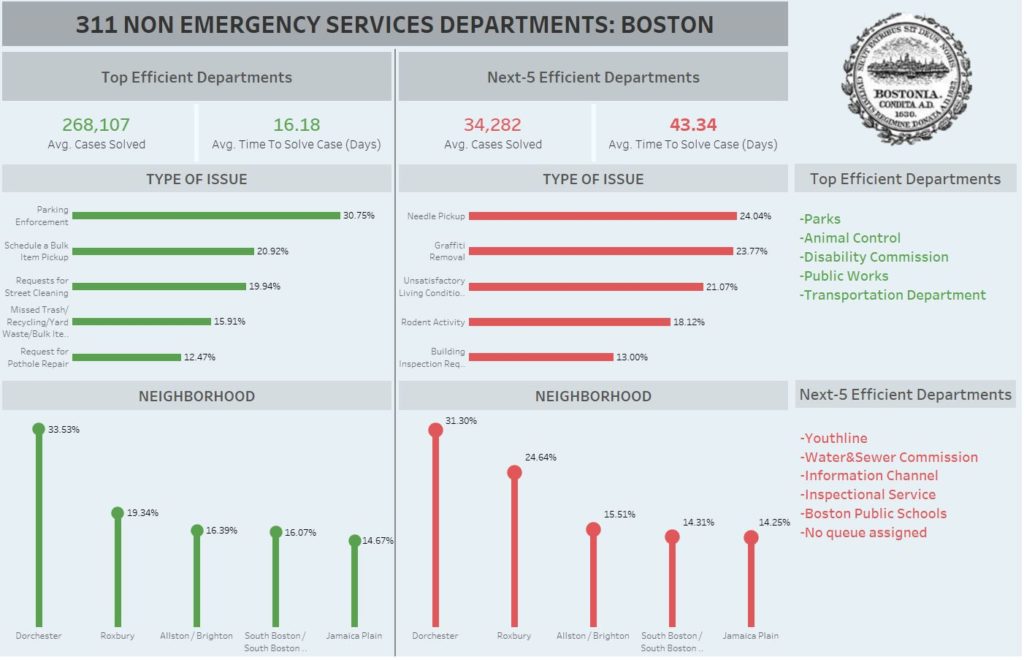 With this presentation, it was the end of our dashboard week. It was a very good experience overall and had learned a lot. To know more about my experience as  for the dashboard week, read my article here.