In this blog I share details on how I used blob convert tool to convert blob data type to string data type.

When working on one of our client projects, one of the tasks we were given was to analyse and create dashboards on Alteryx scheduler data. So, the files we were given were SQlite files and there was a column ‘Service Data’ on most files, which was blob type.

Having no previous experience using blob type data, I googled blob type and found there is a blob convert tool. I thought “mystery solved”. It turned out it wasn’t as straight forward.

I selected the option “Convert From a Blob Field”, then from the options that appeared below, I started selecting each of them and started running the workflow iteratively. 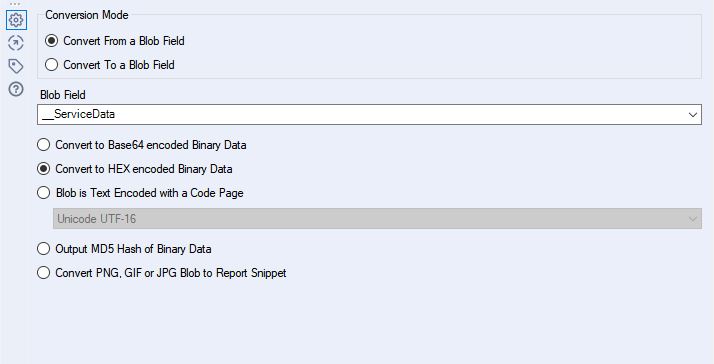 However, the results after using the blob convert tool, appeared like serial keys which did not make a lot of sense.

Since the options indicated that the blob type was getting converted to encoded binary data. I again googled for “Hex data to string on Alteryx”. I found a workflow on the Alteryx community (on this page)

The workflow gives each row a record ID and uses regex tool to Tokenize two characters at a time on to separate rows. Next, the formula tool converts each row into an ASCII character by using the formula CharFromInt(HexToNumber([‘Column name here’])).  Then using the summarize tool to group record ID. Lastly, join back to keep all the original columns. 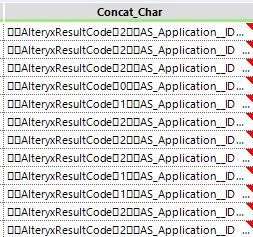 Now that the blob type is converted to string data, I then used regex tool to parse just the required data.