Dashboard week: Day 1 | My attempt to create a Mortgage repayment calculator on Tableau 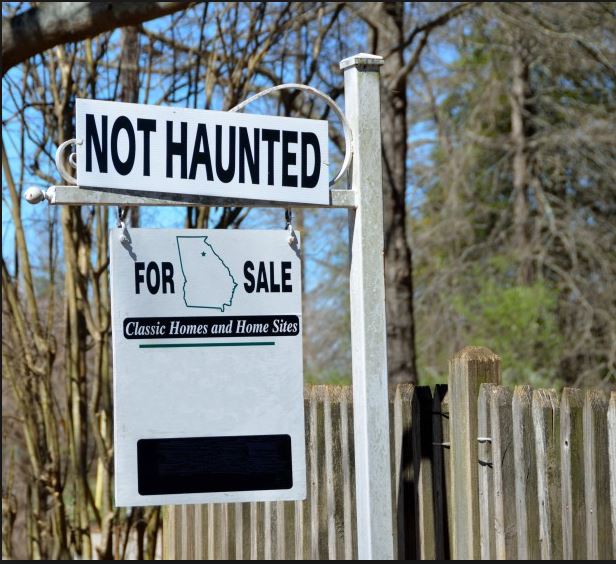 We are finally here, after reading a lot about the Dashboard Week from the blogs of Previous Cohorts.

In this blog, I talk about the approach I have taken towards the task, not how I made it.

The task we were given was to build a dashboard using domain.com.au’s API. Domain is one of the leading house rentals and sales listings website in Australia.

Knowing that its Domain’s data we will be using, I knew it was most likely to be a spatial related dashboard.

The API wasn’t as straightforward, there were a lot of intricacies involved in pulling the data. Luckily, we had help from Ayelavan and Craig, to nudge us in the right direction. We had practiced one GET related call and a POST related call in the initial hour.

Not all the available API’s were free and there was a limitation on the number of calls we could make. So, on Alteryx I had started created yxdb’s of the data that was being called. Subsequently, using the yxdb’s to parse the required information.

Since the limitation on the number of calls that can be made, I had decided that I will pull rental and sales listings of the Suburbs that I have previously lived at.

As I had data for both Sales and Rentals, I decided to make two dashboards one for Sales and one for Rentals. So, for Rentals I had supplemented data using ABS 2016 census data. For Sales (click on the button on the dashboard to move to Sales Dashboard), I decided to build a mortgage calculator. I used set actions to determine the price of the house, based on selection. Finally used some parameters and calculated fields to calculate the Monthly repayments.

I initially thought of making a return on investment based on selection. Realised that I am trying to bite into more than what I can chew, in a day. So, had to time-box it, will make a v2 at a later date.

Click on the picture below to go to the dashboard. 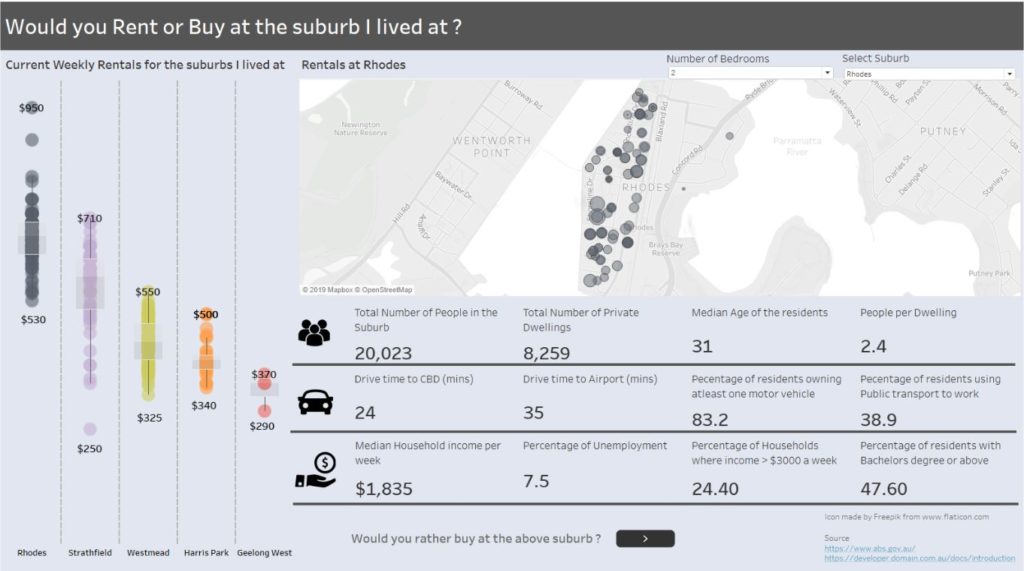