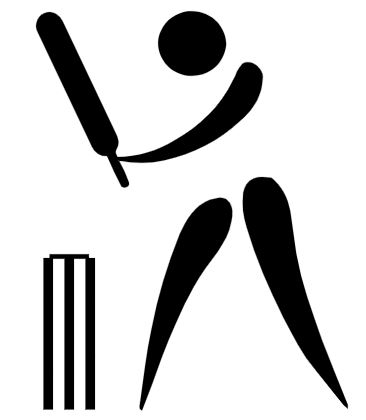 On day three of the dashboard week, we were given a task to build a dashboard on Cricket World Cup, since the 2019 world cup final is scheduled this weekend.

There were two big positives with the Day 3 dashboard

Since the theme was World Cup’s, I decided to start with an overview sheet of the World Cup as my first chart on the Dashboard. I had recently seen a viz of the day, showing historic timeline, which I really liked. So, I decided to emulate the same by taking the historic world cup data.

For the next chart, I wanted to focus on the form of each team entering the world cup. I decided to go this route as the world cup was still not over. So, I was looking for results of the last 10 matches for each team. For this I used Alteryx to filter matches of team separately. Then, I ordered matches of each team by descending date and gave it a record ID (latest match being 1). I could then filter out only the top 10 record IDs. Finally, I have combined all the teams, to get this result. 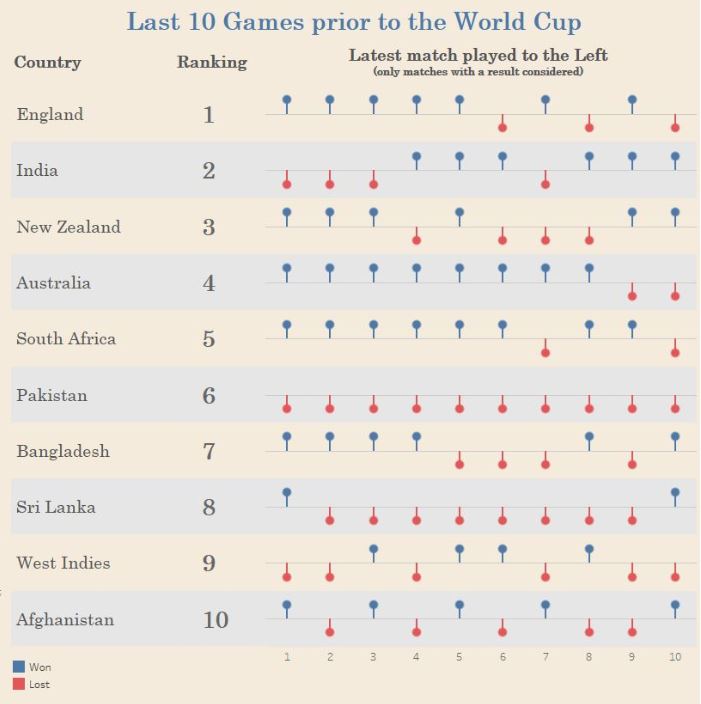 For the final dashboard, I wanted to compare key metrics of each team. Previously for one of our client projects, fellow data schoolers created a radar chart on sports data. I thought it would be a great idea to do the same to compare metrics. So, I searched online and got a good blog post Toan Hoang, on creating a radar chart. I used Alteryx to prep the data and then followed the blog to get the radar chart. 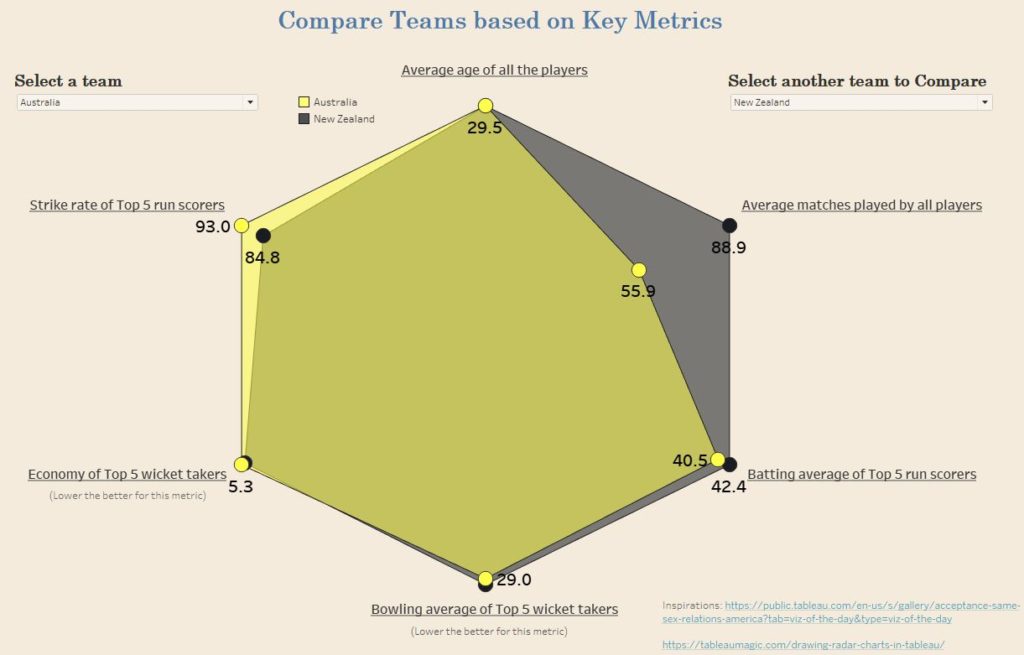 Click on any picture to go to the dashboard.