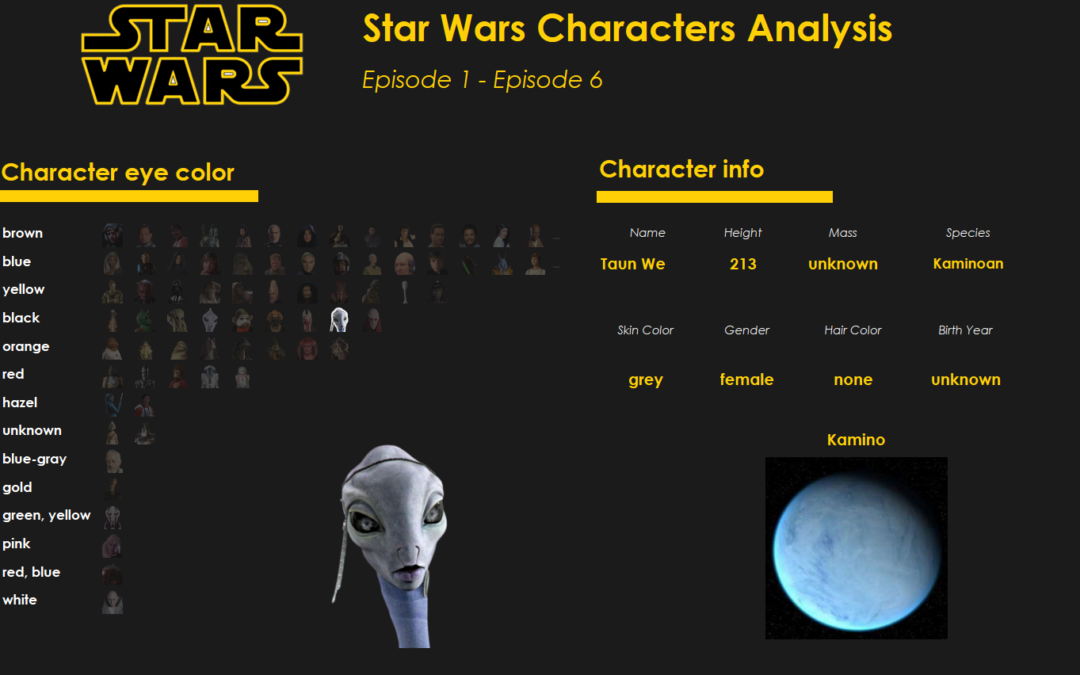 Today is day 2 in dashboard week. We used Star Wars API data and made a Viz.

We got this Star Wars API from here, and it is the quantified and programmatically formatted set of Star Wars data. This API contains all the People, Films, Species, Starships, Vehicles and Planets from Star Wars film series 1 to 6. The data has been formatted in JSON and exposed it to us in a RESTish implementation that allows us to programmatically collect and measure the data.

This API documentation is very straightforward and easy to understand. There are 6 tables need to be done from the API requests and we distributed these tasks among group members.

I used “Generate Rows” tool and append the character IDs into the input URL to get the full URL for each character and then download the URLs and used Jason Parse to parse the download data. Same method can be applied for getting other tables.

Relationships have been used in tableau desktop to blend the tables and I used the full URL as the primary key for each table.

Below are 3 core components to my dashboard, 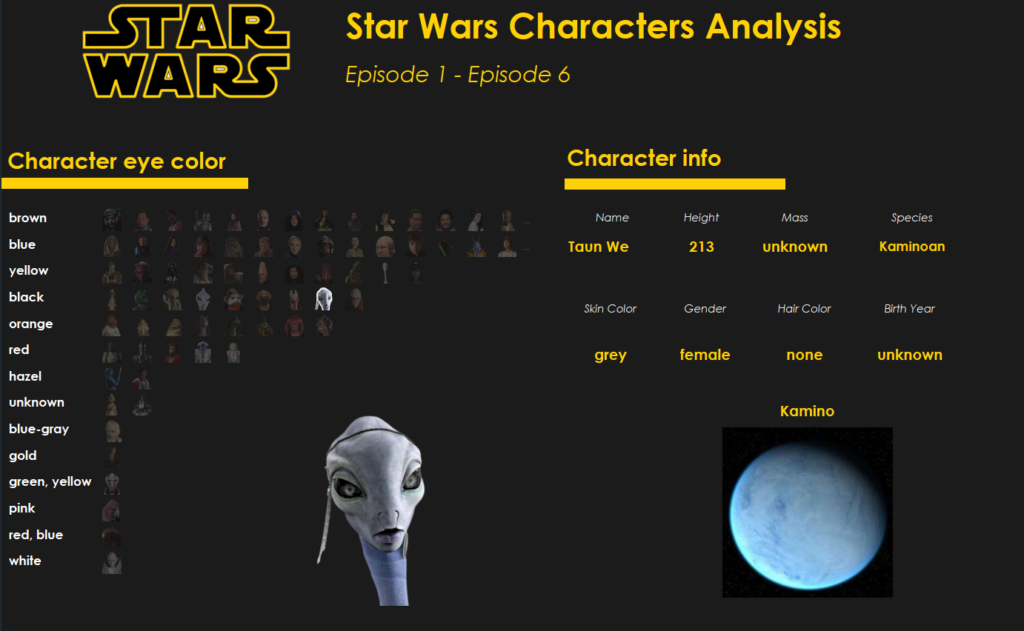 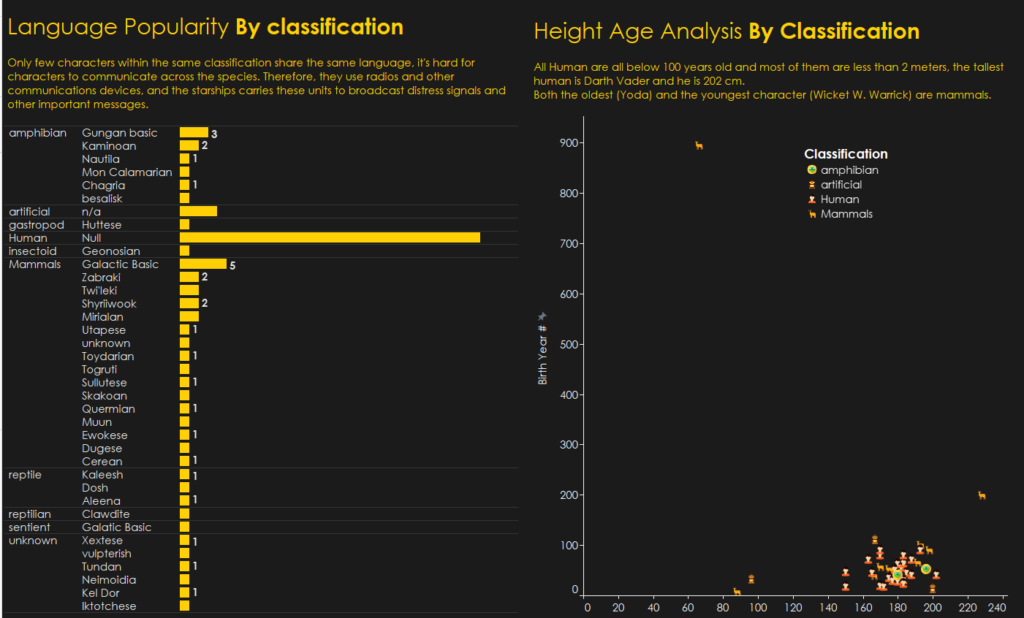 Zoe is a graduate of the University of Queensland, majoring in professional accounting and applied finance, she always strives to learn and enjoys applying her skills to manage any challenge. She moved from Brisbane to Melbourne three years ago and she believes that all change is good change. When Zoe is not creating dashboards, you will see her at Pilates or enjoying the good restaurants around Melbourne with her family and friends. If you ever get a chance to eat hot pot with her, she will share the recipe for her delicious secret dipping sauce.