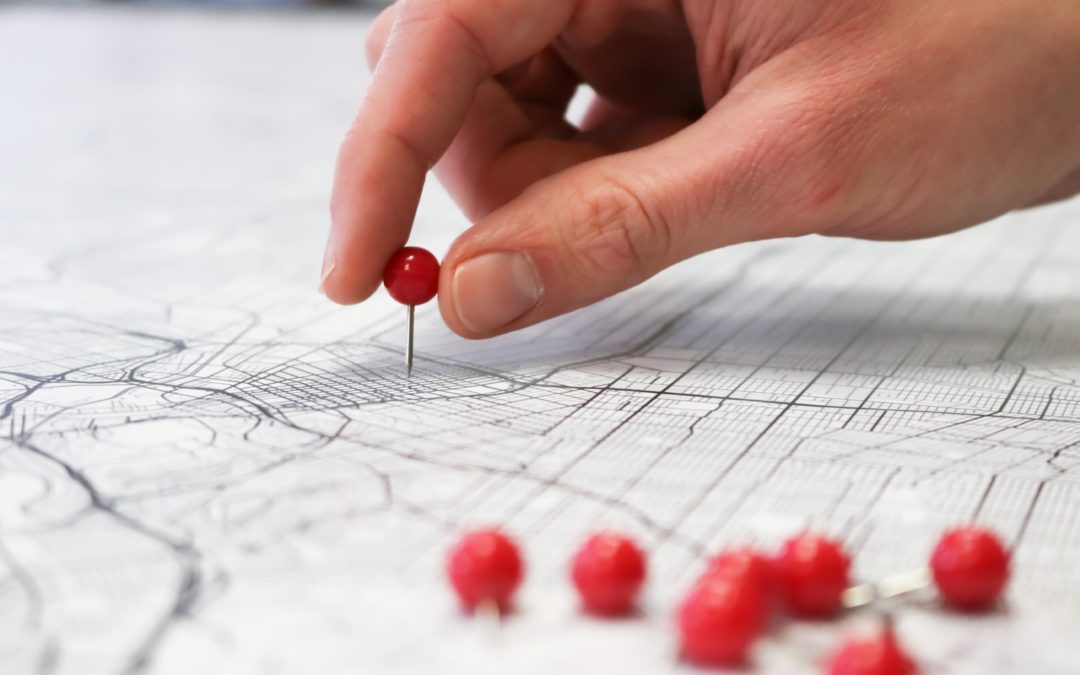 Spatial data comes in a variety of different forms, of which the most common is in the form of latitude and longitude of a location. Means to analyze available spatial data add a lot of value to the analysis and give an added perspective to look into finding solutions to an existing business problem.

Tableau’s spatial functions are one such extremely useful means that can easily deliver highly valuable solutions to some really critical spatial problems.

Let us take a look at Tableau spatial functions one by one.

MakePoint(latitude, longitude): Guess what it does,…..it makes a point! It comes as an extremely handy function to get spatial objects from normal CSV or Excel files. It takes two numbers and converts them into a spatial object. It can also be used to create spatial joins between two datasets. It is also the most basic spatial function in Tableau which can be nested into other spatial functions such as MakeLine and Buffer.

MakeLine(geometry1, geometry2): As the name suggests it takes two spatial objects and creates a line between them. It can use the MakePoint function as an argument so we can have nested functions. It can tell a great story by allowing users to see the path between the two spatial objects. 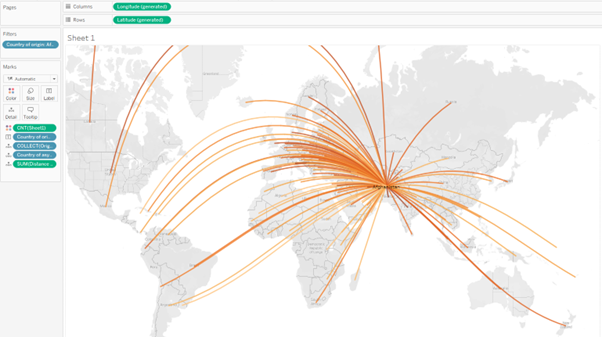 Distance(geometry1,geometry2,”units”): It calculates the distance between two spatial objects in the units specified. This could be very useful for analyzing a trip or calculating the fuel consumption based on distance travelled etc.

Area(Geometry, “units”): It calculates the area of a polygon (spatial object) in the units specified. This could be of great use to calculate the population density of the given area.

Buffer(Spatial Point, distance, “units”): It creates a circular shape area around the specified spatial point of the radius specified as distance in given units. This can be used to find out the points of interest within the given radius. This could be extremely useful in location analysis for buying or selling an asset or setting up a business in a given region. 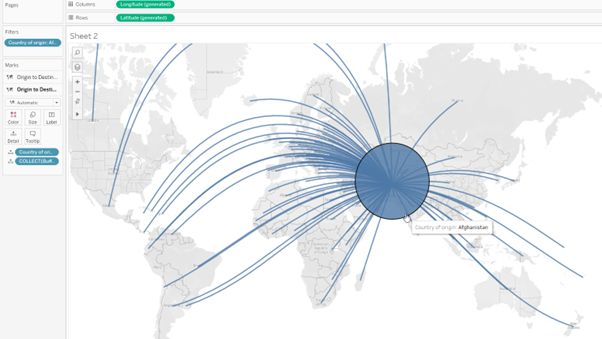 I hope you find this information useful and leverage these spatial functions to enhance your spatial analysis to get some great actionable insights!